Browning Rebate: Get up to 8% Back on Firearm Purchases through End of April 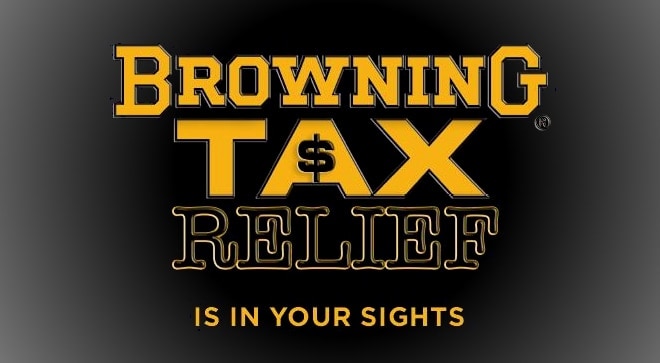 Whether or not you got a healthy tax return back this year or not, Browning has good news for you. This year once again Browning is offering a not-insignificant rebate on all their firearms through to the end of April — they’re offering to cover the sales tax on a wide selection of Browning guns.

Just a heads up: if you were thinking about picking up a new plinker, the rebate doesn’t cover their Buck Mark series or 1911-22 pistols. Not like you can just waltz down to Walmart for .22 Long Rifle anyway. (It does cover their BL and Semi-Auto .22 rifles.)

And like any other rebate, it’s for new firearms, not used guns. But it’s still a pretty cool way to “Beat the tax man in 2013.”

It’s not as if Browning hasn’t been busy working on new guns for 2013. Check these out.

The new A-Bolt III already represents a great value in the woods gun category, although they’re definitely accurate enough to use for some entry-level long-range competition shooting as well.

It has a very nice trigger that doesn’t have any perceivable takeup and breaks at 3.5 pounds, and it also has a free-floated, target-crowned barrel that provides a good platform for precision shooting.

The AB3 has a two-position safety, but you can still cycle the bolt with the safety on thanks to a separate bolt unlock button that allows you to unload the gun without risking a negligent discharge.

Feeding from detachable box magazines, the AB3 has a 4+1 capacity in .270 Winchester and .30-06 Springfield and 3+1 in 7mm Remington Magnum and .300 Winchester Magnum.

In order to keep costs down, the AB3 uses a lightweight, rubberized synthetic stock and no iron sights, similar to other recent low-cost bolt guns like the Ruger American and Remington 783.

Their other spotlit addition for 2013 is a new version of their A5 shotgun, now available with 3.5-inch chambers for hunters shooting with steel or anyone looking to make noise with magnum loads.

The A5 was just introduced last year, as a spiritual successor to the legendary Browning Auto-5. Using an inertia-based recoil-operated action, the A5 is fundamentally different from the friction-ring black magic system that the Auto-5 used. 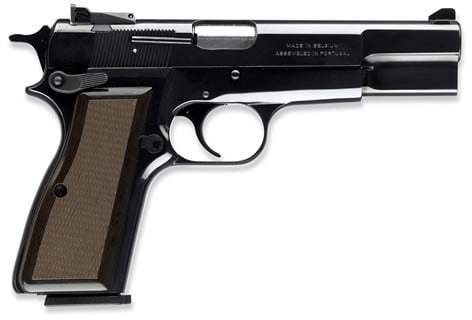 That said, it’s still a fine, simple and reliable shotgun that maintains the humpback of the Auto-5 while using an action that doesn’t require any tuning or adjusting whatsoever.

Also for 2013, Browning is adding Mossy Oak camo finishes for their A5s.

Of course, you’re not just limited to Browning’s new for 2013 guns. Shouldn’t every American own a Hi-Power?

For all the details, check out the rebate form here (.pdf).

Offer valid only on the consumer retail purchase of a new Browning firearm (offer excludes Buck Mark and 1911-22 pistols) purchased from April 15, 2013 through April 30, 2013. To qualify for your sales tax reimbursement (up to a maximum refund of 8% of the purchase price as determined by the sales tax paid at the time your purchase was made as documented on your dated sales receipt) this coupon must be filled out completely and returned to Browning with the supporting documents as listed, postmarked no later than midnight May 15, 2013. Browning employees, Browning sales representatives, authorized Browning dealers and their sales staff, and members of their immediate families are not eligible for this promotion. Limited to one offer per person. Offer valid in the United States only. All purchasers must be citizens or legal residents of the United States. Purchases made in states without sales tax should submit this redemption form for special consideration.