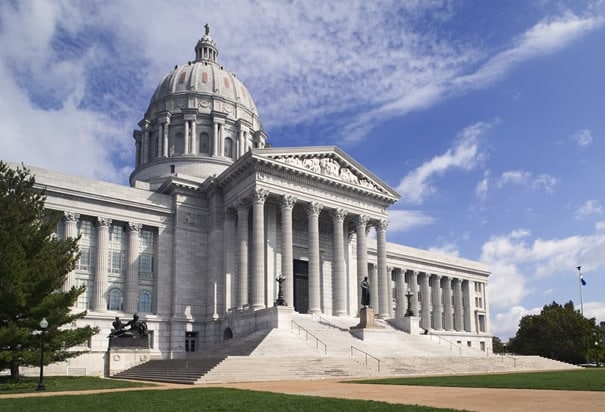 The bill, which passed with a 115-41 vote, does several key things to protect resident’s gun rights. First, it bans the enforcement of federal gun control regulations within the state’s lines. Second, the bill allows for certain school officials to be armed, provided they have a valid permit and register with the Department of Public Safety. It also allows for the open carry of small firearms, less than 16 inches long. Additionally, the bill drops the legal age requirement to apply for a concealed carry permit from 21 to 19, while still requiring a background check and completion of a firearms safety course. The bill prohibits health professionals from being required to ask people about firearm ownership or documenting that information in medical records. Lastly, the bill makes it illegal to publish any personal information about gun owners or those applying for a concealed carry permit.

But not all Missouri lawmakers are happy about the new bill. Rep. Margo McNeil (D-St. Louis) said in reaction to the measures, “I feel that what is really outrageous are the 20 children killed in Sandy Hook … but [the House] thinks it is outrageous that we have to shield ourselves from background checks for criminals and for the mentally ill. I am appalled.”

Currently there are a total of 24 pieces of gun legislation in the Missouri House, most of which focus on loosening gun restrictions rather than making them tighter. One piece that’s sponsored by a St. Louis republican would make it a felony for lawmakers to propose gun control bills.

The Show-Me state has been added to the ever-growing list of states that continue to pass pro-gun laws, while federal lawmakers struggle to gather votes for tighter restrictions on gun rights. Kansas was the latest state to pass pro-gun legislation. And while Kansas’ new law is being called the strictest Second Amendment protection law in the nation, Missouri’s newly passed “sweeping pro-gun proposals” might very well compete for that title with the Sunflower State.