Technology, Concealed-Carry, and the Intention of the Second Amendment 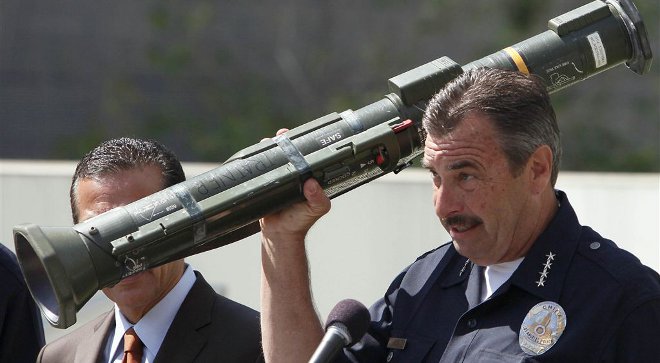 Last Monday the Supreme Court declined to hear a case to determine how accessible concealed-carry permits should be. They did so without remark or prejudice.

What does this mean for concealed-carry? Well, historically, the Second Amendment hasn’t widely been said to protect concealed-carry, only open-carry, as early as 1897 in the case Robertson v. Baldwin.

That being said, people in the 18th and 19th century had a negative outlook on concealed-carry, with many people calling it dishonorable. Just the same, it wasn’t illegal until the 19th century, when states began to restrict it leading up to and in the aftermath of the Civil War.

We spoke with David Kopel, attorney, author and analyst for the Cato institute, and he confirmed that at the time of the founding of the U.S., there were no prohibitions against concealed-carry, and that from a legal standpoint, if you don’t have open-carry, you must have concealed-carry, otherwise people are barred from their Second Amendment rights.

“The legislature can choose open, concealed,  or both, but has to pick at least one,” said Kopel.

Understanding that, today, open-carry is in many places frowned upon while concealed-carry with a permit is considered safe and sound. Whether the Supreme Court will take the same position as the recent federal court did regarding concealed-carry in Illinois — the court threw out a ban on concealed carry, saying “The [Second Amendment] confers a right to bear arms for self-defense, which is as important outside the home as inside” — is something we’re likely to find out sooner rather than later.

The underlying question is whether or not people have the right to take guns outside needs to be answered. Which is funny, because honestly, it doesn’t need to be.

It is clear that the right to bear arms — to bear arms — goes along with you no matter where you are, and it has since the beginning. Thomas Jefferson once said, “The constitutions of most of our States assert … that it is their right and duty to be at all times armed.”

People who try to limit the right are revisionist historians. The scope and purpose of the Second Amendment is not very debatable, and there’s no mystery surrounding its language. That is why some people have suggested that we repeal the amendment rather then face it head-on.

Even if the Second Amendment were repealed, that would not change one critical thing: the law doesn’t grant people the right to keep and bear arms, it acknowledges it. We are born with this right, all people are, and history and common law have largely upheld that in the U.S.

Whether or not that extends to concealed-carry or concealed-carry reciprocity on a national level may not be the case if we’re going by historical protections. Because if we’re looking at case law, it stands to reason that people may actually have more rights to open-carry an M4 and a LAW rocket than they do a snubbie in their pocket. Justice Scalia made no bones about in his recent interview on Fox.

“Obviously the amendment does not apply to arms that cannot be hand-carried — it’s to keep and “bear”, so it doesn’t apply to cannons — but I suppose there are hand-held rocket launchers that can bring down airplanes, that will have to be decided.”

The individual right to own military-grade weapons is limited, but more-or-less intact. In truth, with a tax stamp, it’s legal for people to own machine guns, grenades and even tanks. And history and the law disagrees with Scalia’s assertion that the right to bear arms does not include weapons that can’t be carried by an individual.

The outbreak of the American Revolution was sparked by British regulars seeking to confiscate privately-owned cannons in service with the Massachusetts militia. Paul Revere is a great example of a private cannon-owner and cannon-maker. During the American Revolution, the Continental Congress and individual states issued letters of marque to private ships to engage in privateering against the British and their supporters.

These civilian ships did not fight with muskets. They fought with cannons. Congress maintains the right to issue letters of marque, although Americans haven’t legally engaged in privateering since 1856 and the Declaration of Paris.

This is considered by some historians to be a linchpin of our success during the Revolution: our volunteers were significantly better shots and more familiar with their rifles because they were their own rifles that they had come to depend on much more than the British regulars, some of whom had no firearms training whatsoever.

Another element was the use of rifles in addition to muskets during the Revolution. Although muskets were faster to reload, their range was shorter; we invented the sniper, and we did it in the American Revolution.

Individuals had better guns then, and in a lot of ways, that is still true to this day. Match-grade, cryogenically-treated barrels, custom-loaded ammunition, a limitless aftermarket — the individual has almost no limit on the quality of their options. (As long as it’s semi-automatic, naturally.)

Privately-owned arms continue to this day to leapfrog with military needs, as consumers seek out the leading edge in accessories for their guns. Without these people, the industry that develops the same hardware for military guns would not be able to develop at the same pace; without the public interest and public investment in the manufacturing, development of the best firearms and accessories would slow down to a crawl.

As technology moves along, the Second Amendment has incorporated new arms along the way, just as the First Amendment has adopted the Internet and cell phones.

The individual can’t be separated from the militia. The Second Amendment means exactly what it says it means. How does this affect concealed-carry? Well, so long as open-carry is an option, we wouldn’t be surprised if the the court finds in favor of state’s rights.

However, the growing acceptance of concealed-carry, the commonplace nature of shall-issue permit systems is something the courts will have to address, just as any technological advances have been.

To paraphrase Justice Scalia, When did concealed-carry become unconstitutional?