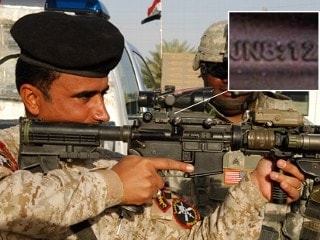 pparently coded Christian messages have been found on high-powered rifle sights used by the US military. Trijicon, who manufactures Advanced Combat Optical Guides aka ACOGs, has a $660 million multi-year contract to provide optics to the Defense Department. The sights are used by U.S. troops in Iraq and Afghanistan and in the training of Iraqi and Afghan soldiers.

One of the citations on the gun sights, 2COR4:6, is an apparent reference to Second Corinthians 4:6 of the New Testament, which reads: “For God, who commanded the light to shine out of darkness, hath shined in our hearts, to give the light of the knowledge of the glory of God in the face of Jesus Christ.” Other references include citations from the books of Revelation, Matthew and John.

Some have said the coded messages violate the Constitution. But Trijicon claims the biblical code was neither illegal nor wrong – simply a tradition started by the company’s founder Glyn Bindon, a devout Christian from South Africa who was killed in a 2003 plane crash.

Spokespeople for the U.S. Army and the Marine Corps both said their services were unaware of the biblical markings. But in a recent attempt at rectifying the situation, the Army has begun directing troops to remove any Biblical passages. 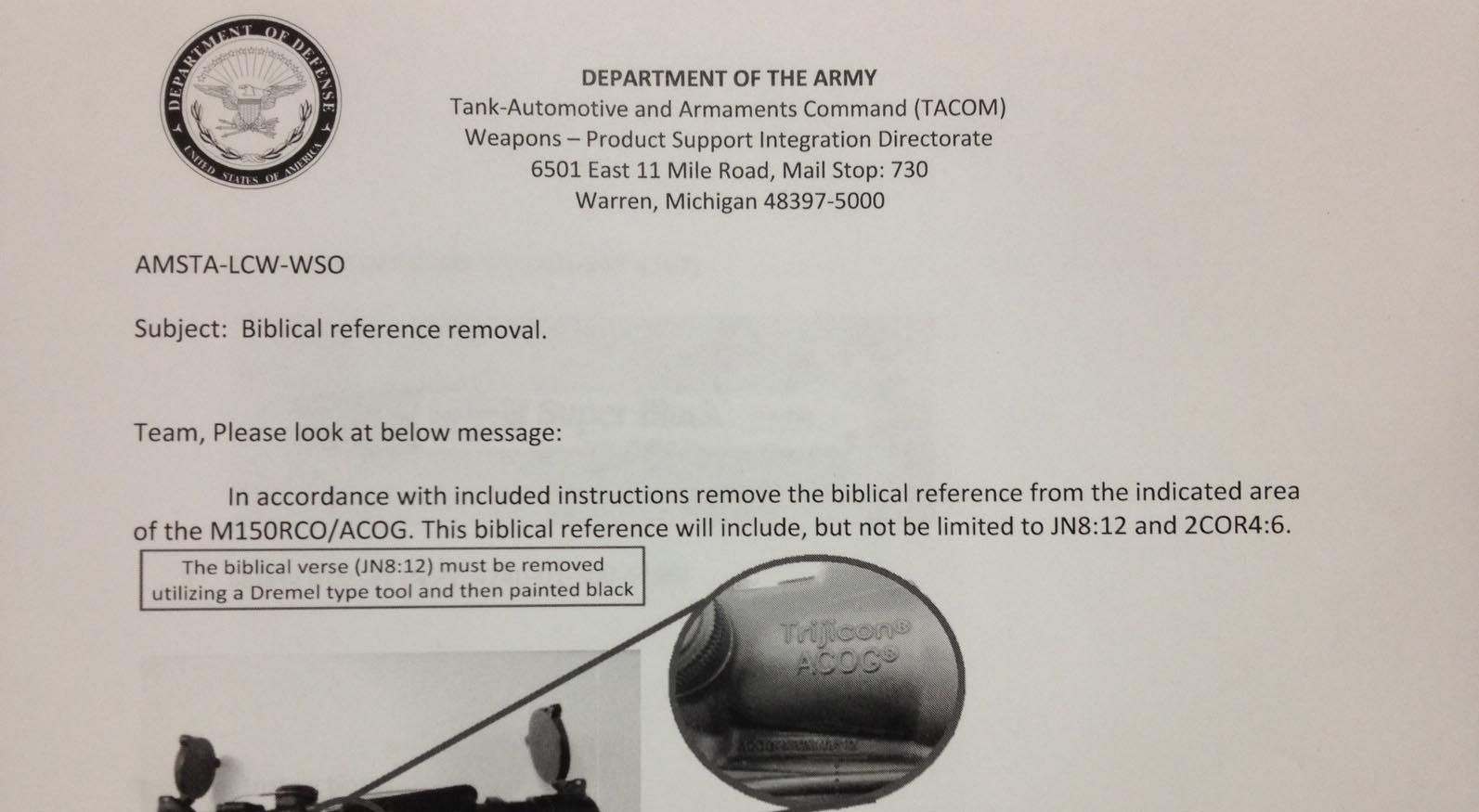 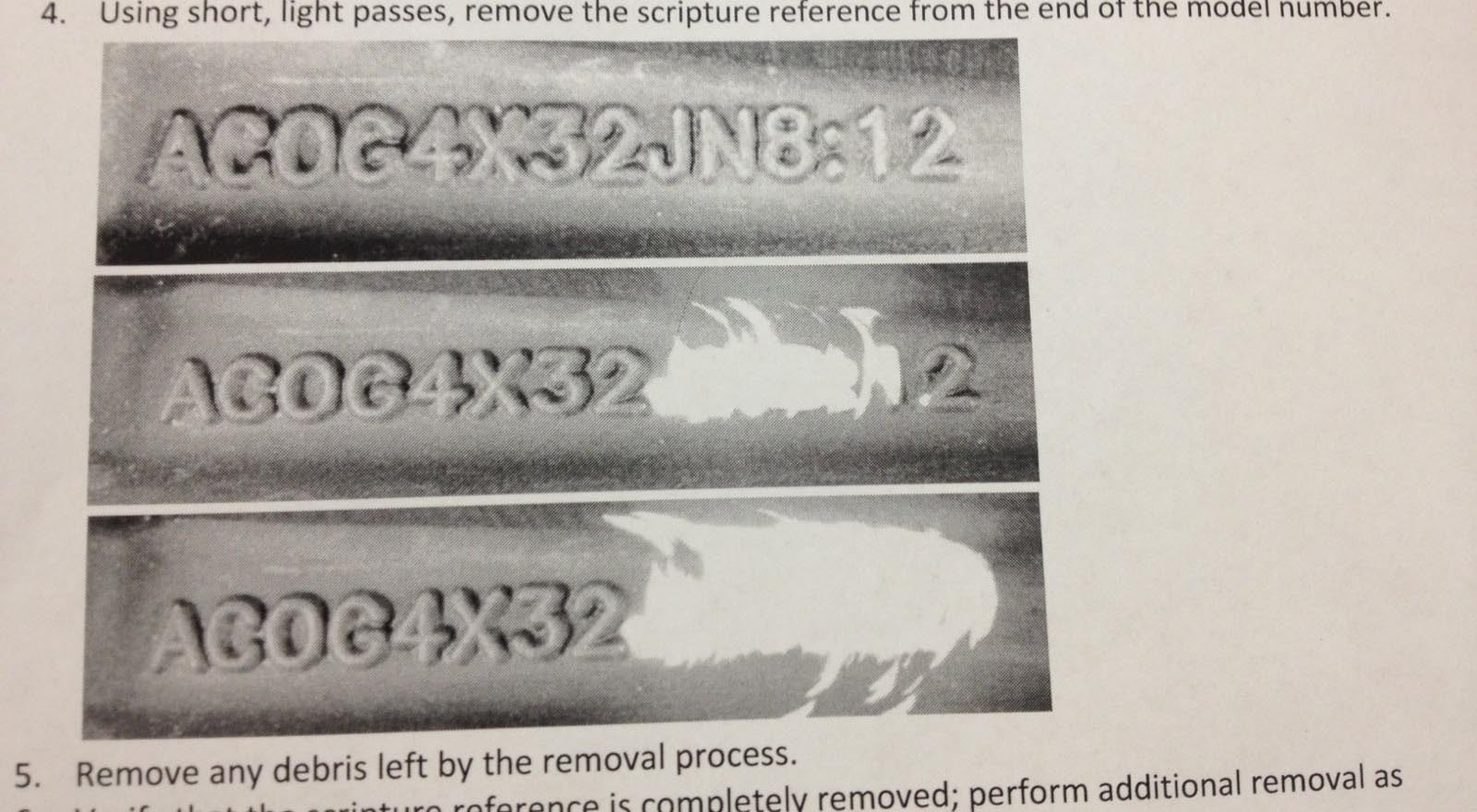