Saffle Industries is a Nevada-based company that has a cool idea for a AR-15 quad rail with an integral bipod. They’re finished with the prototyping and ready to go into full production, but there’s a catch. They need funds for new tooling to manufacture these on a large scale.

So they’re crowdsourcing cash via the fundraiser website RocketHub. 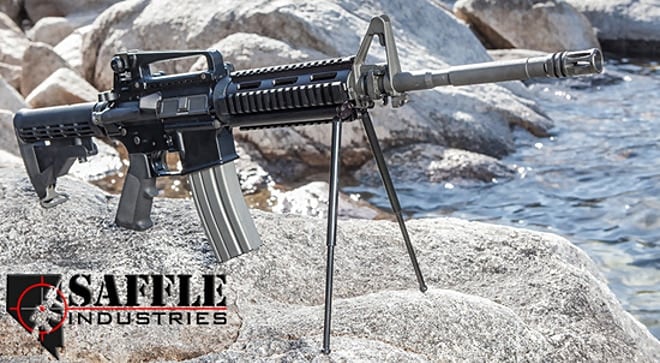 “We will enter into production with SI-RIP’s forend to mil-spec tolerances.  The first SI-RIP will be for the AR-15 with the carbine length forend. As business grows we will expand our product line and will offer the SI-RIP for a wide variety of weapon platforms and sizes. ”

Saffle hopes to raise $30,000, which is about right for this type of project. And they’re behind schedule for what is an interesting and unique idea.

The SI-RIP is made with two tubular pods that sit between the side and bottom rails, each containing a fully-adjustable telescopic leg. The design balances strength and weight; the whole rail unit is constructed from 6061 T6 aluminum with a type III hard-anodized finish and weighs 1.63 pounds, which is fairly light for both a quad rail and a bipod. 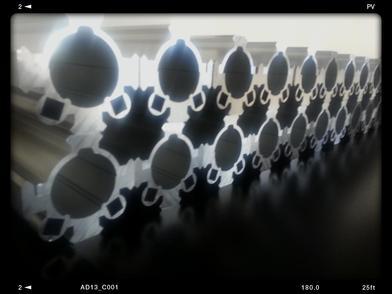 It’s a sleek design that’s far less likely to snag or catch on gear or the environment than traditional bipods while providing the user with a complete rail system for other accessories. It’s hard not to like.

If you can’t set aside that kind of money, you can pledge $5 for a Saffle Industries logo sticker or $25 for a T-shirt.

For up-to-the-minute info, check out the Saffle Industries Facebook page, too. They have more videos of the rails in use and also pre-production and prototyping. 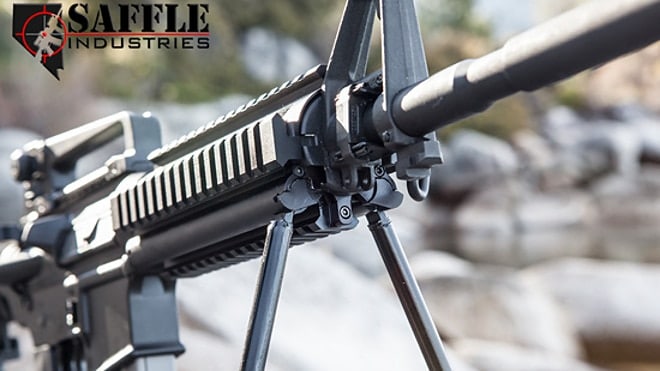 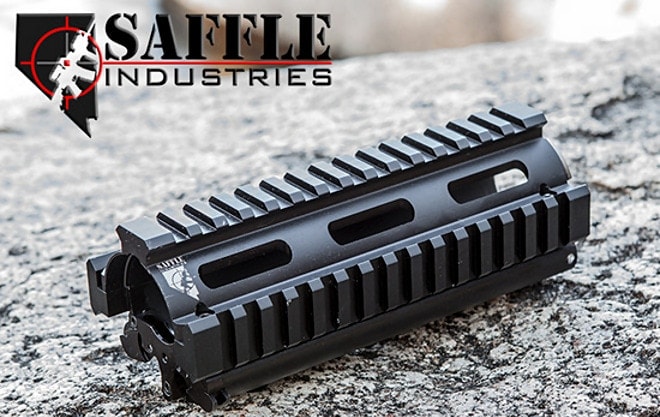