The single greatest truth of reloading is that it requires a good amount of “stuff.”  Mechanized or manual, the process requires presses, powders, trimmers and more, much more.  While the actual loading bench top must remain a clear and safe workspace, reloading rooms — mine included — are often packed, piled and stacked with components.

What can we add to the reloading bench this year?  Many products have just hit the market and a few are soon to come, so let’s take a look at what’s new for 2013.

Sure, we all have a single-stage press, but unlike presses of the past, the new Summit operates from the bench top.  The case never moves; rather, the reloading die comes down to meet the brass.  The Summit’s solid steel linkage and cast iron construction will last a lifetime.

Like most presses, it’s ambidextrous. In addition to all the regular features of current presses, this one has zerk lube fittings, accepts bushings for 1-inch die bodies, and its design allows full-frontal working access.  The Summit is available in both standard and short-handled models, and Kudos to RCBS for making this and other products in the USA.

Lyman is proof that good reloading gear does not have to break the piggy bank.  Mass case trimming can be a pain with the old hand cranks, and the mechanized do-all case preppers are cost-prohibitive for many.  But Lyman fills the void with their made-in-the USA E-Zee Trim. 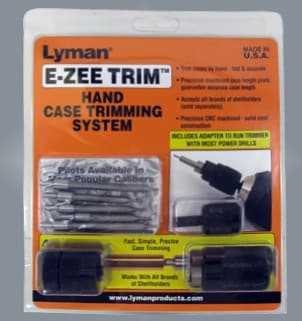 Though not terribly unlike Lee’s Case Trimmers, which have been around for years, the Lyman is a little easier on the hands.  It works with standard shell holders from any of the major manufacturers.  The trimmer comes with a case locking device, cutter, trim-to-length pilot, cutter head and both hand and power adapters.  It literally sets up in seconds, as no measurements are needed, and though dubbed a hand trimmer, the E-Zee Trim’s power drill adapter wins the day.  Complete trimmer sets in both rifle (with .223, .243, .270, .30-06, .308) and handgun (9mm, .38spl, .357, 40 S&W, .44mag, .45acp) are available for $29.95/set.

Additional pilots are available in 11 rifle chamberings and 6 handgun for $4.95/each.  An E-Zee Trim rubber handle will debut in late April 2013.

For those who are either passionate reloaders or who have an unlimited reloading budget, there’s no hotter toy this year than Hornady’s Hot Tub Sonic Cleaner. 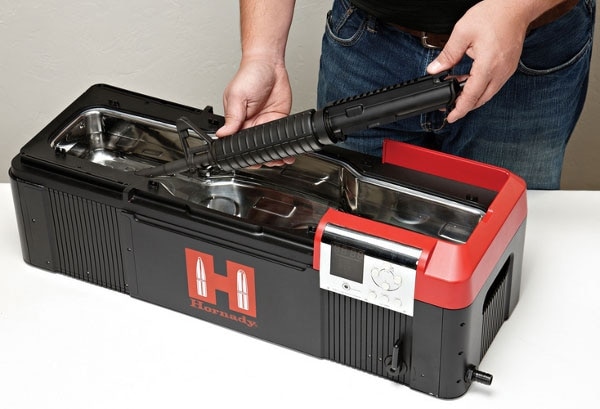 In a year of ultrasonic cleaners, Hornady’s is the biggest and baddest.  While most are made for cleaning brass, the Hot Tub does it all.  In addition to handling brass — lots of it — the Hot Tub demonstrates the ability to fit and clean an entire 16-inch AR upper.  Baskets and trays hold gun parts, brass or both at once.  In addition to fully adjustable heat settings, its various functions can degas, clear air bubbles from the solution, and allow various run time settings.  The Hot Tub has a 9 liter capacity, though the included 1.7 quart inner tank can be used for smaller batches.

If ultrasonic cleaning is in your future but the size and price of the Hot Tub are off-putting, check out similar (smaller) products from many other manufacturers, most of which are basic case cleaners and available well under $100. 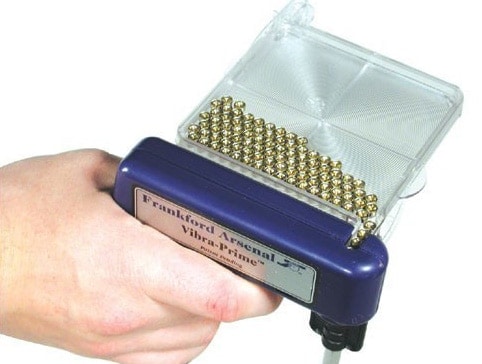 Frankford Arsenal Vibra Prime: Retail is $74.99, though they are available for less via online retailers.

So you have a slick progressive press that speeds up the process, but still spends eons filling the tube one primer at a time?  Enter the Vibra Prime.

Frankford’s new tool can load 100 primers into the primer tube in seconds with its motorized agitator.  The Vibra Prime comes with universal tube adapters, a drop pin, and is touted to work with any progressive press that uses primer tubes.  It runs on two AA batteries and can handle both small and large primers.

It’s hard to beat MEC in the shotgun loaders market.  While the majority of MEC models are geared toward clay and scatter-type shooters, slug hunters take notice.  The folks at MEC debuted their most innovative — and soon-to-come — product at the SHOT Show.  The 600 Slugger is based on the 600 JR, but is a dedicated six-stage slug machine that cranks out perfect rounds without the piles of other equipment usually needed to load a good slug.  The Slugger neatly folds the plastic over into the shell for the hard-to-achieve roll crimp.

It will be available in both 12 and 20 gauge, though the price has not yet been released. But if you need something new from MEC right now and also fear the Zombie apocalypse, check out MEC’s Sizemaster Zombie, which retails for $283.50. While it does not seem much different than the original Sizemaster, the Zombie’s colors are certainly eye-catching, though it’s only available in 12 and 20 gauge.

For those who like to stay up-to-date on the latest loads and newest powders, two guidebooks from Hodgdon and Nosler rise to the top of the reloading stacks for 2013.

The “Hodgdon’s 2013 Annual Reloading Manual” is on the cutting edge of new recipes.  With just shy of 200 pages and over 5,000 loads, Hodgdon packs in information on the new .17 Hornet and adds data for 19 more cartridges with the new Copper Fouling Eraser 223 powder.  The 2013 soft cover also updates load data for 37 rifle and pistol cartridges. Retail is $11.99, though it’s a steal at Midway for $6.49. 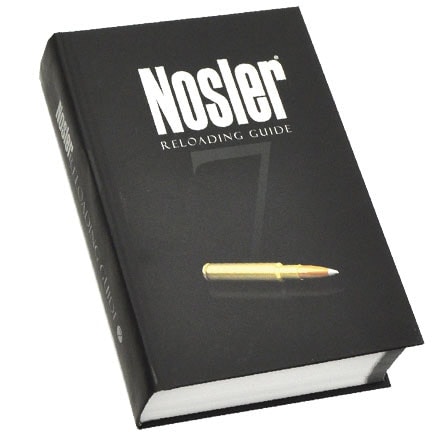 What’s hot and what’s not

The new reloading products available for 2013 are hot. They make reloading easier, faster, and perhaps even more accurate.  While I still believe in maintaining the ability to reload both simply and entirely by hand, there is nothing wrong with staying on the cutting edge, and that’s just what the aforementioned manufacturers afford.  However, the newest — and not-so-hot — trend in reloading lately is simply finding the components.

While re-loaders are usually able to circumvent runs on ammo throttled by political climate, some components are also falling victim to the shortage.  With store shelves seeming to grow barer by the day, here’s to the hope we continue to find all the primers, powders, brass and bullets we need in 2013.