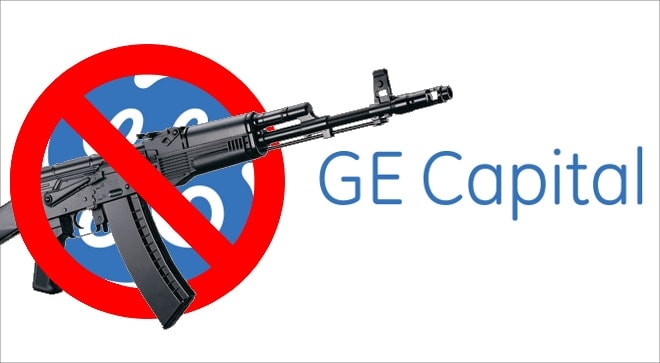 Money-lending giant GE Capital is pulling out of the gun business. The branch will no longer lend money to gun stores, a direct response to the shooting at Sandy Hook Elementary School.

GE Capital spokesman Russell Wilkerson said the policy was put into place “in light of industry changes, new legislation and tragic events that have caused widespread reexamination of policies on firearms,” and that financing for gun stores is “an immaterial part of our sales volume.”

GE Capital finances around 75 gun stores. Given the current demand for firearms, we expect this to be more of a hassle than a hazard for these stores. Still, the move is upsetting to those affected.

John Meek, the owner of Midwestern Firearms of East Peoria, Illinois, told USA Today that GE Capital’s decision was “an injustice as far as their thinking goes — blaming the instrument rather than the perpetrator.”

It deserves mention that shooter Adam Lanza’s father, Peter, is a GE Capital exec. It is possible that GE is afraid of another boycott; starting in the ’80s, a nation-wide boycott of the company’s products kicked off in protest of their nuclear weapons program. GE ended their weapons program in 1993. 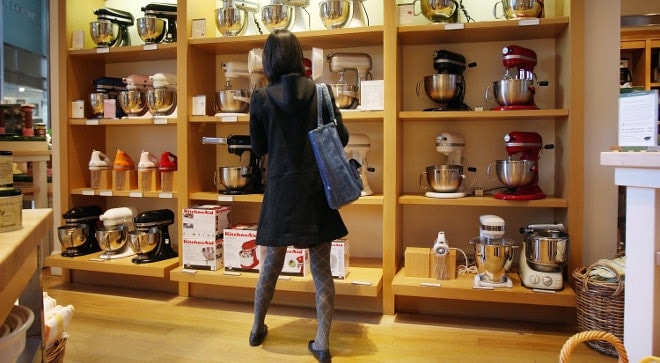 This is a reaction to the Boston Marathon Bombing, where pressure cookers were apparently used to make IEDs. The bombing killed three people and injured more than 250 others.

The new policy is temporary, affecting 11 stores across the state. Reason.com has likened the policy to a “posthumous victory for raging asshole Tamerlan Tsarnaev,” saying that the company is giving into terrorism.

A Williams Sonoma manager  told the Dedham Patch that “It’s a temporary thing out of respect,” and pointed out that pressure cookers were still on sale over at the Crate & Barrel, should you need to cook something in a hurry.

Following both tragedies, however, local gun sales took off, which has been a common occurrence in the wake of such tragedy. After the Boston Marathon Bombing gun sales have taken off across Massachusetts, just like in Connecticut after Sandy Hook.