Bad Lieutenant: Cop has sex with prostitute, then arrests her (PHOTOS+VIDEO)

From the annals of corrupt policing, comes a story via the Homestead Police Department in Pennsylvania. According to a complaint report, undercover Detective Ronald DePellegrin engaged in an illegal sexual act while running a prostitution sting. But according to a police union spokesman:”[Police officers] sometimes have to do what they have to do to…”

It all started when DePellegrin saw an online sex ad placed by Diana Gross, 26. He quickly “obtained permission to conduct an undercover operation,” and arranged a $145 half-hour session with Gross, who uses the alias “Beckie Dymon.” In the course of the unorthodox sting, DePellegrin “then removed her shirt, exposing her breasts,” and fondled them. 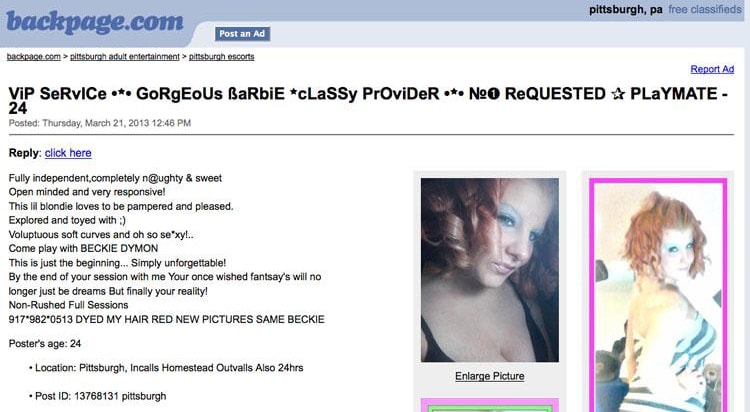 DePellegrin described what happened next: “Beckie started to perform oral sex on me, when I said oh shit, the cops were coming.” After he identified himself as a police officer, Gross tried to flee the scene – naked, but was detained by the cop and arrested. She was later charged with several counts of prostituion.

Gross has since hired a lawyer, who called DePellegrin’s actions “outrageous,” adding that a civil rights lawsuit against police is a possibility.