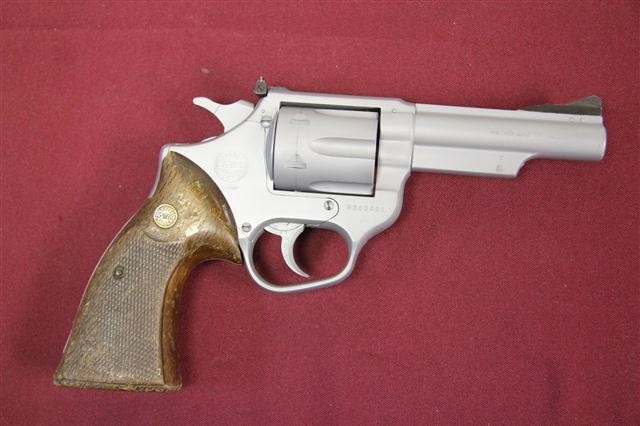 Chris Dorner, the ex-LAPD officer and decorated former Navy reservist who went on a killing spree, targeting police officers and their families in retribution for abuses against the people of California, sold a revolver to a Las Vegas pawn shop weeks before his rampage.

The owner of Bargain Pawn, George Bramlett, decided to do something good with the gun and the notoriety associated with its former owner: he put it up on Gunbroker to raise money for the families of Dorner’s victims.

The auction is now over, with the revolver selling for a respectable $4,025.

The gun, an Astra revolver chambered for .38 Special, was in so-so condition, at one point in its life having been refinished. Of course, like many historic and even “crime” guns, the only reason it has any value whatsoever is that it once belonged to Dorner.

However, the money isn’t likely to go to his victim’s survivors.

Riverside police Sgt. Brian Smith, said, “I appreciate what he’s trying to do. And we don’t like to turn money down. But when you get right down to it, Jeremy and Mike were murdered by this animal. We wouldn’t want to do that to the family members.”

Bramlett has said that he will find another charity that won’t turn down the money from the auction.

“We want to do something good with the money,” said Bramlett. “I won’t keep it. I don’t want it. We’ll get rid of this money somehow. Some police department will accept it, I assume.”

And it’s not likely that this will be the last time Dorner’s revolver will change hands. As time goes by and the pain associated with Dorner’s shocking killing spree fades, it stands to reason that this gun will turn up at future auctions.

Like the guns of Al Capone, Bonnie and Clyde and the Dalton gang, these infamous firearms stand out as part of history, dark as history can be.

The LAPD has re-opened the investigation of Dorner’s allegations of abuse and excessive force used by his fellow officers, and are following up on his complaints of racism within the LAPD.