Crowdfunding to the Rescue - Boston Bomber Boat to be Replaced (PHOTOS)

A crowdfunding campaign to replace the boat ruined in the wake of Boston Bombing suspect, Dzhokhar Tsarnaev’s capture, has sprung up online. 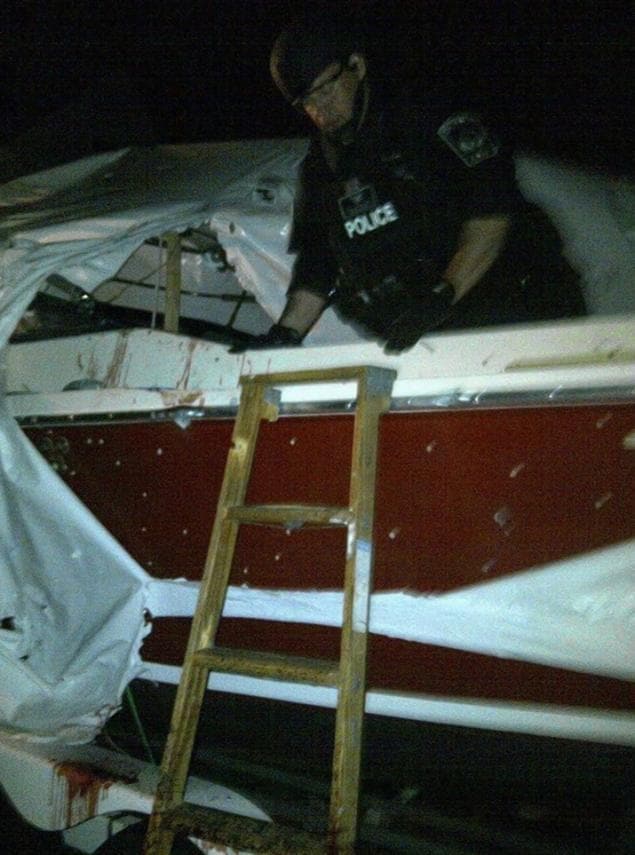 When police opened fire on the vessel which hid Tsarnaev, David Henneberry’s prized watercraft was virtually destroyed. The 65-year-old Massachusetts resident, who had called in the tip that lead to the 19-year-old bombing suspect’s arrest, would no longer be able to spin around Boston Harbor. But then, the internet got involved. Specifically, Jeffrey Griffeth from Apex, North Carolina.

The story of Henneberry’s bullet-riddled pleasure-craft inspired Griffeth to promote a Crowdtilt campaign via Facebook. Aimed at replacing the now infamous boat, donors initially raised $2,800. That was on April 21. As of today, a whopping $50,300 has been contributed via Crowdtilt.

But in a surprising development, Henneberry recently revealed, “To buy me a new boat is a wonderful thing, I don’t want that really. I would wish that they donate [the funds] to One Fund Boston (where many Boston Bombing victims are being treated). They lost limbs. I lost a boat.”

Talk about a class act…