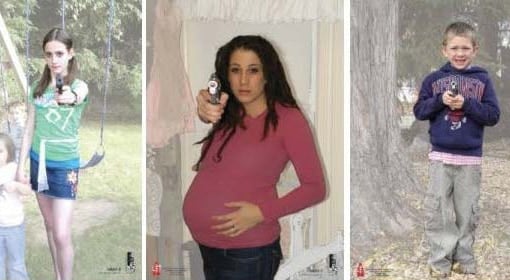 Apparently the Department of Homeland Security, along with law enforcement agencies nationwide, have requested practice targets that feature children, pregnant women, and the elderly.

Minnesota-based Law Enforcement Targets, Inc. (LET) was recently awarded a $5.5 million contract to produce the so-called “No More Hesitation” series, that include: a pregnant woman, seen in front of the backdrop of a nursery; an elderly woman depicted in a bathrobe; a young mother in a playground holding her child; and a young boy in a park. All individuals pictured hold firearms.

According to LET, the purpose of the targets is to “train police officers for unusually complex situations.” Nevertheless, many individuals were disturbed when the images surfaced on Facebook this February. The subsequent outrage prompted LET to remove them from their online marketplace.

In a statement released by the company, “The subjects in NMH targets were chosen in order to give officers the experience of dealing with deadly force shooting scenarios with subjects that are not the norm during training … we apologize for [their] offensive nature.”

It’s unclear if the targets are currently in use by DHS, but the fact remains, law enforcement agencies had “requested” at least one of the images which depicted a pregnant woman as a “threat.” 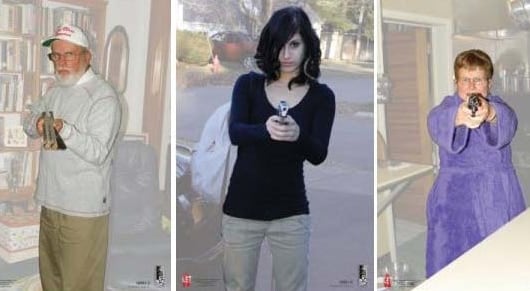