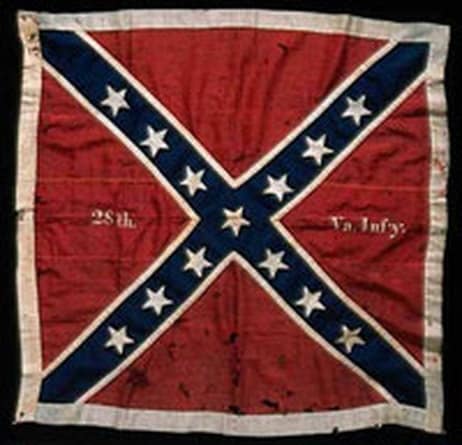 “These flags belong in a museum, not an active government building that treats Veterans, some of them African-American,” said Craig DeMouchette, a Veteran of Desert Storm in Iraq. He’s referring to two Confederate flags removed last week from historical displays at the Veterans Affairs Medical Center in Hot Springs, South Dakota.

Yet in a move that has troubled two Veterans, the flags were returned to their displays Tuesday as “a reflection of those who gave the ultimate sacrifice for America,” according to VA Black Hills Health System Director Steve DiStasio. He went on to explain,

“The original purpose of the VA’s Hot Springs facility was for the care of Civil War Veterans…out of respect for all of our nation’s Veterans, from every battle in history, we will maintain the historic Freedom Shrine (display) in its entirety.”

But according to State Representative Kristi Noem (R-SD) “…the VA hospital should be an environment where every Veteran of any background feels comfortable and welcomed. So I’m concerned that these flags may jeopardize that.”

Nevertheless, the flags still fly – polarizing the small community and pitting Veteran against Veteran in an ironic whisper to the past.