Penn. man shoots and kills man attacking his wife with a club (VIDEO) 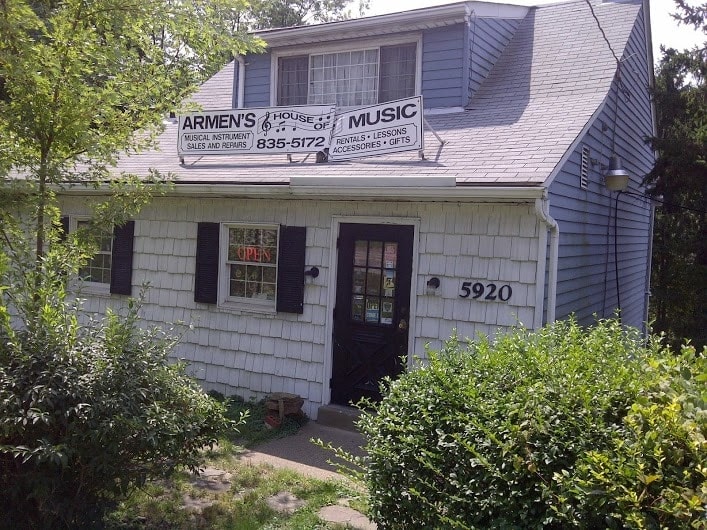 Saturday afternoon a music store owner in Bethel Park, Pennsylvania, shot and killed a man who came into his store and attacked the owner and his wife with a wooden club.

The Pittsburgh Post-Gazette reported that the man, later identified as 31-year-old Andrew Moore, came into Armen’s House of Music, located about five miles south of Pittsburgh, browsed for a few minutes, then left. He immediately returned to the store, armed with a wooden club, and proceeded to beat the store owner’s wife, Sylvia Armen, in the head and face. When her husband, Alfred, came to help her, Moore started attacking him as well. The two men fought briefly, and then Mr. Armen pulled out his .38 revolver and shot the man.

Moore died at the scene, and an autopsy is scheduled for today.

Both Mr. and Mrs. Armen (who are both in their 70s) were taken to UPMC Mercy Hospital to be treated for their injuries. Mrs. Armen was released and according to TribLive, Mr. Armen was due to be released Sunday. Mrs. Armen stated, “I’m a tough cookie,” and seemed more concerned about her husband than her own injuries or the ordeal she endured, which she described as “kind of a blur.”

Authorities were told that the couple did not know their attacker, that they had never seen him before and that he was a complete stranger, someone who appeared to just come into the store to look at guitars. Apparently Moore had come to the area when he moved in with his parents a few years back. A neighbor said Moore, “Seemed like a nice kid.”

Police Chief John Mackey said that robbery does not appear to be a motive in the attack, however, Mackey said that Moore was saying something during the attack. For whatever reason, this is not something both the police and the victims are not willing to discuss with the public at this time. He also said that in the 18 years the Armens have been in business, nothing of this sort had ever happened before.

An investigation is ongoing and it is unknown at this time if Armen will face any charges for shooting Moore.