The Squirrel Was Not Harmed 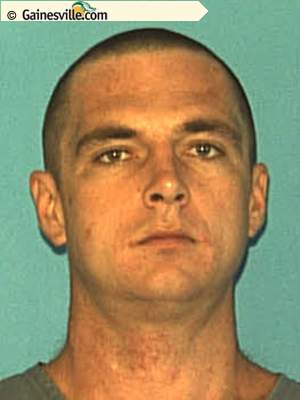 “A sworn complaint was filed against William Daniel Lloyd, 31, for discharging a firearm in public and possession of ammunition by a convicted felon, Officer Ben Tobias stated in a press item.

“Officer Diana Mattern responded to a medical emergency call at 600 SE 12th Terrace and learned that Lloyd had taped the cartridge to the end of a BB gun to shoot a squirrel, Tobias said.

“Lloyd fired the BB gun, causing the BB to strike the cartridge’s primer. The cartridge discharged and fragmented, striking Lloyd in the upper arm and lower leg.

“Lloyd told police he was trying to shoot a squirrel with a Pumpmaster 760 BB gun.

“His girlfriend told police that Lloyd told her he was trying to shoot a squirrel for dinner, according to police. Lloyd told police he knew he was not allowed to possess ammunition and that he found cartridges while ‘scrapping’ — looking for scrap metal.”

You look at that man, you look at his face. And you tell me you couldn’t have guessed that he was staring down prison time for BB gun-related hijinks that caused him to spill his own blood.

You can’t. It’s not possible. If it wasn’t gonna be BB guns that put him behind bars it would have been a blow-up doll full of gasoline and starter fluid, at a picnic party that went tragically wrong.

Other things you can tell by just looking at that mugshot:

Loyd has a breakfast cereal-related tattoo,

Loyd’s tattoo has a spelling error,

Loyd thinks the zombie fad is bullshit. Loyd is legitimately terrified of the wasp apocalypse,

Loyd believes that meth is illegal because it keeps the common man down,

Loyd has borderline violent opinions about which meat snacks are most superior.