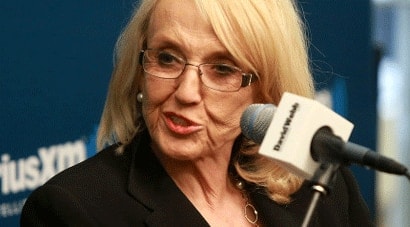 On Monday Arizona Gov. Jan Brewer signed a bill that now requires guns collected during gun buyback programs to be resold rather than melted down and destroyed. While the bill has the support of many, not everyone is pleased with it.

In 2010 a different law was signed that required government agencies to sell seized firearms to federally licensed dealers. Some argued that destroying the guns turned over in gun buybacks teetered at the edge of this law, while others assert that the law doesn’t apply because of a loophole: that the firearms are willfully turned over rather than forcefully seized.

The governor’s office received over 2,000 letters, emails and phone calls concerning the bill. However, only 25, less than two percent, of those actually opposed the bill.

Of those letters of support, one was from Brent Gardner of the National Rifle Association’s Institute for Legislative Action. He pointed out that while the bill does require the resell of the guns turned over during buybacks, it does not limit a private group from collecting unwanted guns with the goal of destroying them. In addition, the NRA suggests that by reselling the guns it would help to “maintain their value, and their sale to the public would help recover public funds,” while ensuring that taxpayer resources are not used in an effort “to pursue a political agenda.”

Of course, even with 98 percent approval from the correspondence received by the Governor’s office, there are still those that oppose the bill. Arizona State Sen. Steve Gallardo is not pleased with the bill being passed, “This action by the Governor is not only outrageous, but it is insensitive for us now to be putting these guns back on the streets. That’s just plain wrong.”

Maricopa County Supervisor Mary Rose Wilcox, who was shot in the buttocks in 1997 and opposes the bill, sent a letter to the Governor ascertaining that the guns turned over in gun buybacks would have “otherwise NEVER have been used for violence” (emphasis her own). But by allowing law-abiding citizens to turn in their unwanted firearms they are then somehow “removed from the hands of criminals.”

In addition, Wilcox urged Brewer to veto the bill because “the bill would eliminate local governments’ ability to host gun buyback programs.” A claim that is entirely false, as the bill only requires those guns collected to be resold, rather than outlawing the buyback programs altogether.

Democrats in the state argue that the bill loses touch of the goals of the buyback programs and goes against the wishes of the people who turn over their firearms, who essentially do so to keep the guns out of the hands of children and criminals. However, as the gun buybacks consist of voluntary surrender, not forceful seizure by the government, citizens certainly have the right, and the choice, to opt out of future buyback programs if they so desire.

Arizona currently has three gun buybacks scheduled for the month of May, at which time the residents of the state will have an opportunity to voice their approval or disapproval of the bill by either showing up and claiming the gift cards or holding onto their unwanted guns until another option becomes available. Regardless, free gun locks will be handed out as well as lessons on safe storage of firearms for those who are interested in learning more about gun safety.

There are no details available yet as to how the surrendered firearms will be resold, or for any consequences of not reselling the firearms as the bill requires. 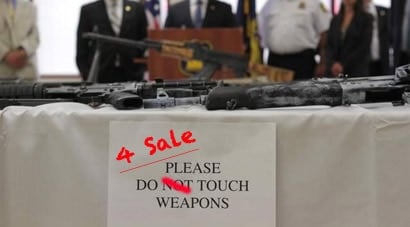 The bill, which was approved earlier this month by the state Senate and in March by the House, was one of 30 bills the Governor signed on Monday. Another bill was signed to protect the identities of gun owners in the state by barring cities, towns and counties from gathering any identifying information about gun owners.