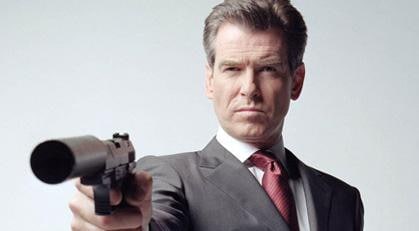 According to actor Pierce Brosnan aka James Bond, US politicians must ban assault weapons and closely control handguns. The Hollywood headliner went on to assert: “I do think the movies [have] influence, I hate to say it, on our societies.”

Brosnan took additional aim at the video game industry: “And the games, which deal with killing, which our kids play these days have a strong, twisted effect. We don’t let those games in the house…”

His statements come in direct contrast to the projects he’s worked on – as 007, Brosnan killed 135 people, the highest of all the Bond actors. And his depiction in the violent, ground-breaking first-person shooter “Golden Eye 007,” went on to gross over $250 million worldwide.

Born in Ireland and raised in London, Brosnan became an American citizen in 2004 and spends his time between homes in both Hawaii and Los Angeles.