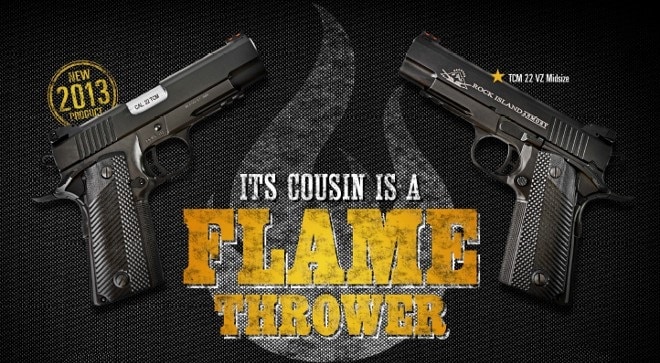 Armscor, popular manufacturer of a wide variety of approachable and affordable 1911 pistols and other firearms, is expanding with new ammunition and firearms manufacturing facilities in Pahrump, Nevada.

In addition to helping gun-hungry people everywhere get their hands on firearms and ammunition, their new faciities are expected to create about 50 jobs and be in full production by this time next year.

“We are thrilled with the demand for our Rock Island Armory branded products in the US,” said Martin Tuason, CEO of Armscor and Rock Island Armory. “Our new facility will give us the opportunity to increase production and reduce delivery timelines.”

Tuason continued, “This marks our third facility in the United States and represents a critical progression in growing our markets in North America.”

The new facility will also focus on research and development, designing new types of firearms with help from gunsmith Freddie Craig. Craig and Tuason developed and brought to market a new cartridge .22 TCM and guns to shoot it. 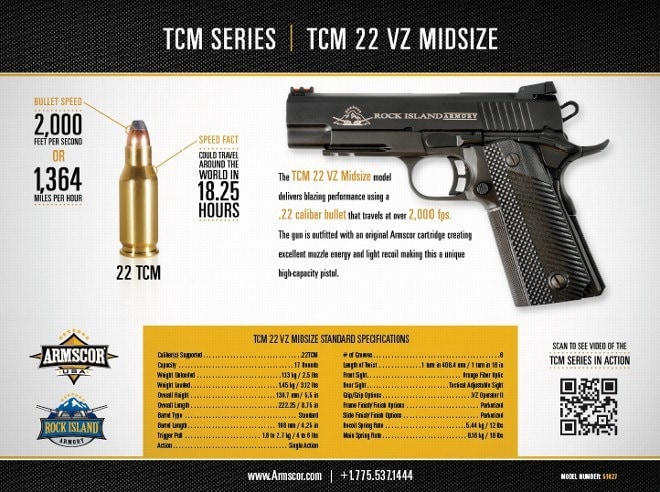 At SHOT Show earlier this year, they expanded on a handful of series and added new rifles and pistols in .45 ACP, 10mm and .22 TCM.

The .22 TCM is made by necking down a 9mm cartridge to accept .224 bullets, which just scream, even from short pistol barrels. Armscor launched a .22 TCM bolt-action rifle this year that really takes advantage of the in-house cartridge.

As far as expanding on their ammunition manufacturing capabilities, Armscor is putting $4 million into new loading equipment at their facilities in Nevada and Montana. This will double their capacity to make ammo.

“At Armscor, we recognize the inconvenience and frustration of gun owners have in finding ammunition and we are doing everything we can to push more product out the door and on to store shelves,” added Tuason. “We are at something of an advantage in that our growth in US sales had us already looking at long term expansion so we are really accelerating our timelines.”

Knowing their customers, Armscor will be focusing on the manufacture of .45 ACP, .223 Remington/5.56 NATO and making sure there’s enough .22 TCM to go around.

If you want to keep up with all things Armscor-slash-Rock Island Armory, they maintain a pretty active Facebook page in addition to their website.

We’ll be keeping an eye out on them at the NRA Annual Meeting this year. They put on one hell of a show at SHOT, and we can’t wait to see what’s in store next.