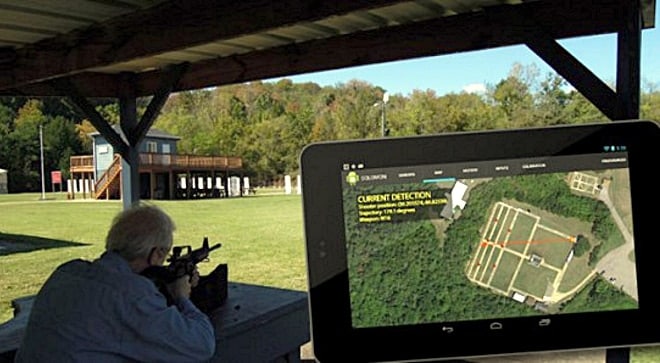 A team of Vanderbilt University engineers is working on a smartphone app for Android phones that, in conjunction with other cell phones running the app, can detect gunshot and pinpoint their origin.

Based on a DARPA project to develop portable shot detection systems, the app will turn a small number of reasonably inexpensive and accessible devices into a simple and clandestine shooter location system. The system combines data from the initial muzzle blast as well as the shockwave produced by supersonic ammo to find where the shot or shots came from.

The Department of Defense, the Secret Service and a host of agencies have been using shot detection systems for years. But most of these systems are large, sometimes taking up an entire station or vehicle. The benefit to these systems is that they tend to be particularly comprehensive, using both acoustic and optical tracking systems; in addition to using a network of microphones they can also incorporate light signals, tracking muzzle flash in addition to muzzle blasts. 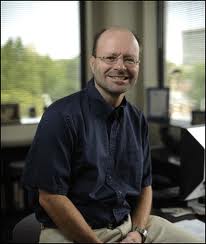 The app is still in development, but it’s based on a system the military already uses. Starting in 2007, Vanderbilt developed a similar system under Associate Professor of Electrical and Computer Science Akos Ledeczi using soldier’s helmet cams to locate incoming sniper fire. By connecting the helmet cams through a wireless network, the shot locator was able to pinpoint the snipers with “a surprising degree of accuracy.”

The smartphone system is an off-shoot of the helmet cam system, and obviously requires little by way of specialized hardware. It does use a remote sensor, about the size of a deck of cards, that connects to the smartphones wirelessly via Bluetooth. The module has its own power source and audio processor that separates loud noises from gunfire.

Vanderbilt’s shot detector is being made with armed security in mind. A security team is already likely to be carrying cell phones and this has a lot of plainclothes appeal. But they could be used any number of ways.

Speaking for Vanderbilt,  Kenneth Pence, a retired SWAT officer and associate professor said “It would be very valuable for dignitary protection. I’d also love to see a version developed for police squad cars.”

Several municipalities have rolled out gunshot detectors already, and they significantly improve emergency service response times and seem to reduce gunfire in general.

The Rochester, N.Y. police department  claimed that, “the city … has seen a 43 percent reduction in gunfire since the system went live  … Within 48 hours of turning the system on we had our first felony arrest.” In 2011, the Detroit police lobbied for a ShotSpotter to help them track down gunfire. But that system had a pretty hefty pricetag: $2.6 million.

If Vanderbilt’s system can be rolled out for less, we won’t be surprised if these shot locators become standard equipment on the belts of cops everywhere. And street lights, and stop lights, and …

Would you like to see shot detection systems rolled out in your neighborhood? Is this actual “common sense” gun control or does it smack too much of “Big Brother?”