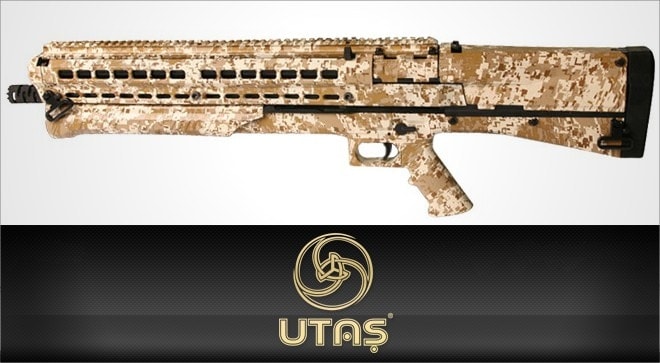 The UTS-15 belongs to a very select crowd: multi magazine-fed bullpup shotguns. Manufactured by UTAS Makina in Des Planes, Illinois, this totally modern-looking pump-action shotgun has an impressive 14+1 round capacity and holds it all in a very compact package.

While a semi-automatic version is still in the works, there’s plenty enough room for a manually-operated shotgun, particularly with a bullpup like this. But we’re happy to say that UTAS is working steadily to make sure that these guns get to the market with options to please all. We stopped by their booth at the NRA Expo in Houston, Texas, to catch up with them.

First up, they’ve reduced the sticker price from $1,600 at launch to $1,200 for the base model (although in the current gun market some vendors are charging over MSRP, UTAS has actually lowered it, and by no small amount). And they’re working hard to get other models with new finishes on shelves. 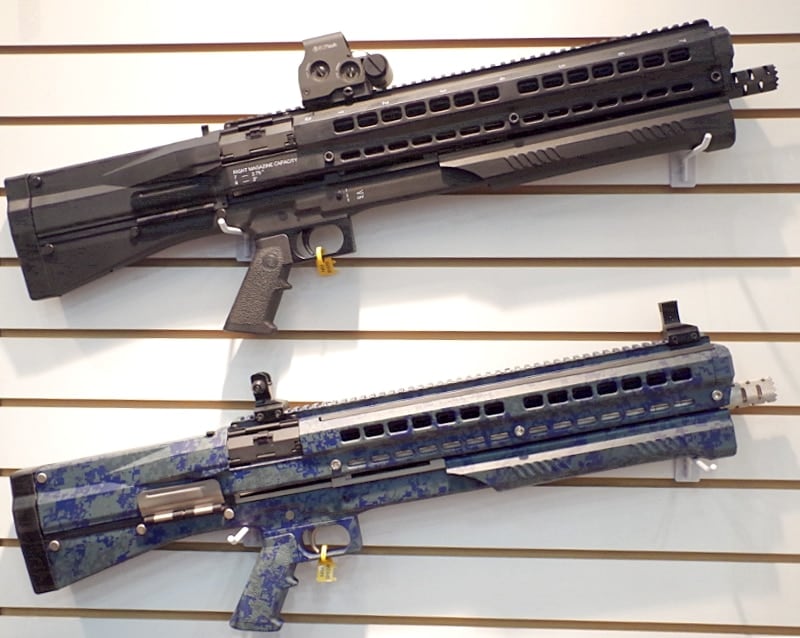 They’ve added Mossy Oak and a digital Desert camo prints and are working on a Marine print version as well.

The UTS-15s with camo finishes have a slightly premium $1,400 MSRP, while the Marine version, which is internally and externally treated with a satin chrome finish for improved resistance against the elements, has a suggested retail price of $1,600. UTAS has plans on getting the Marine model on shelves by the end of this year. 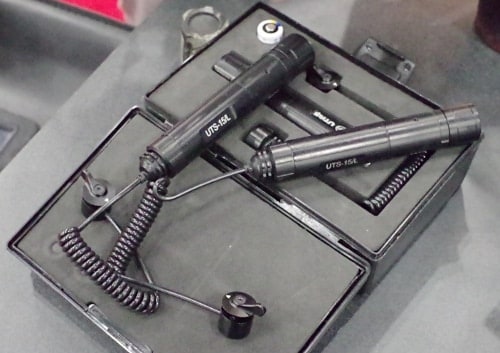 We got to play around with some of their new accessories, specifically their tactical breacher choke, which acts as a muzzle brake, flash suppressor and standoff device. It’s a cylinder choke for all shotgun loads.

They also have a 7.5-inch barrel extension for applications that require longer barrels (or shooting activities that exclude shotguns with 18.5-inch barrels). The extension is threaded for Beretta/Benelli chokes and accepts the breacher choke as well.

And they had their light module on display as well. This accessory mounts inside the forend of the shotgun, taking up no rail space. It has a short cable that leads to an external toggle. They are working on a combination light/laser as well, but that’s a ways away.

All models have the same base specifications. They have a 14+1 capacity with 2.75-inch shells and 12+1 with 3-inch shells. The shotgun has an overall length of 29 inches and weighs just 6.9 pounds unloaded.

The UTS-15 can be loaded on either side and can be set to fire from the left tube, the right tube or alternate between the two. For more details about these slick shotguns, head over to the UTAS website.