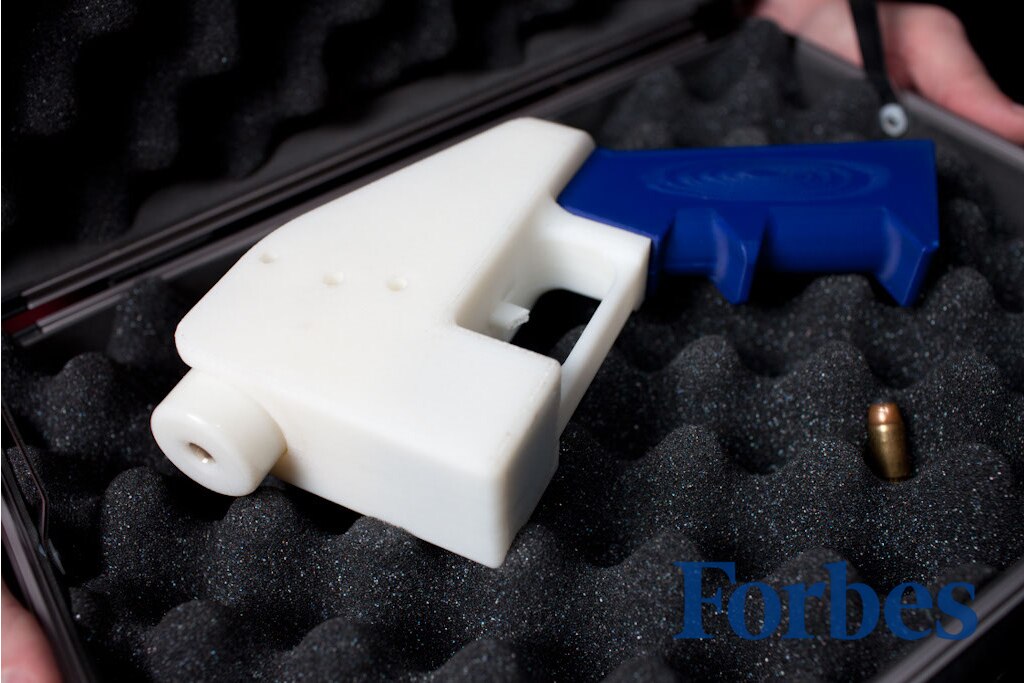 This morning Cody Wilson of Defense Distributed unveiled to Andy Greenberg, of Forbes, his fully 3D-printed gun, which he calls “The Liberator.”

The gun is made from 16 pieces of ABS plastic with a Dimension SST printer. Except for a small nail used for a firing pin, and a 6-ounce piece of steel that was added to comply with the Undetectable Firearms Act, the entire gun is made from plastic using a 3D-printing machine, which can be obtained by pretty much anyone, fairly inexpensively. The printed gun can fire standard rounds and this particular model has been designed with interchangeable barrels for a variety of different calibers.

For those of you like me who are unfamiliar with 3D-printing, let me explain what it is to place perspective on the sheer coolness of such a project. 3D-printing is basically creating a three dimensional object from a digital model by layering the printed material, in this case plastic.

The model is created on computer software, then transferred to a printer, printed and layered to form the three dimensional object, sort of like those three dimensional recreations of a person’s head on those crime solving shows. As 3D-Printer puts it, “Imagine a multi-layer cake, with the baker laying down each layer one at a time until the entire cake is formed. 3D-printing is similar, but just a bit more precise than 3D-baking.” It’s like the offspring of a computer whiz and a creative sculptor, on steroids.

Of course, in the world of 3D-printing, there’s much more than guns to consider: prototyping in industrial design, architecture, automotive, aerospace, dental and medical industries, to name a few. But for Wilson, a student at the University of Texas School of Law, the 3D-printed gun has been his baby for about eight months now, with the fruits of his labor finally being seen. Until now, he has created parts of guns or parts for guns, and the early models of the fully printed gun couldn’t withhold more than a few rounds before falling apart. 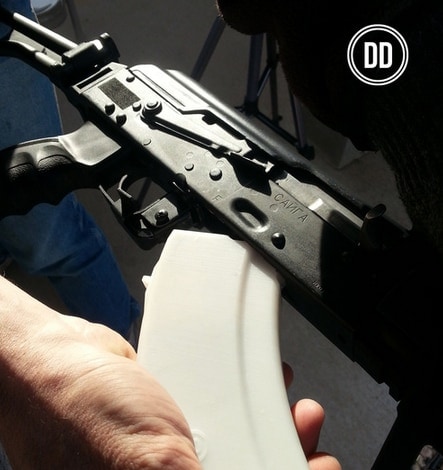 Wilson shared with Forbes that he plans to release the files for the gun early next week to Defcad, his website which holds a collection of gun component blueprints for 3D-printing, including magazines for AR-15s and AK-47s, as well as AR lowers.

Of course, this has raised all sorts of questions concerning the whole idea surrounding 3D-printing guns, especially when those parts are to the same guns that are at the center of the current gun control debate.

Although Wilson has stayed in compliance with all state and federal regulations, and not always easily, part of his aim in producing the 3D-printed parts is to skirt around gun laws and the lines between firearms regulations and Internet censorship, as his website essentially allows anyone access to the blueprints for printing a 3D-gun, or gun components, in the privacy of their own homes — no government regulations, no background checks, no security.

Obviously, this could be a game changer in a lot of different ways, which could be both really good and really bad.