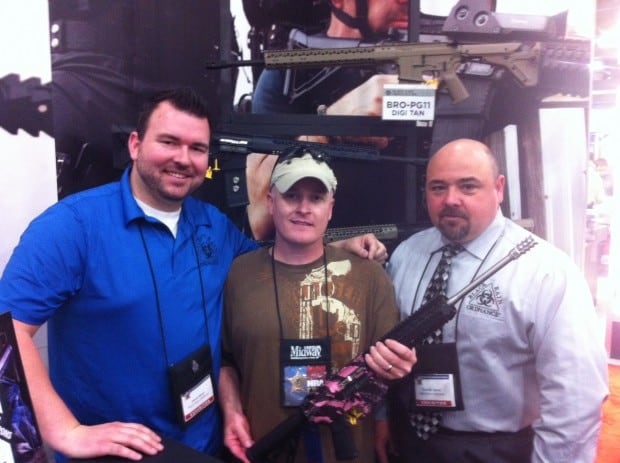 When Army Master Sgt. C.J. Grisham was arrested in March for what police in Temple, Texas called “rudely displaying” his rifle, the story quickly gained attention. While the police department is still holding onto Grisham’s AR-15 and .45 caliber pistol, he got a huge surprise at the NRA convention in Houston on Friday when Black Rain Ordnance offered to give him, yes give him, his choice of an AR-15.

Co-founder of Black Rain Ordnance, Charlie Spires, told The Blaze at the convention, “When we heard about his situation, it was obvious that his rights were trampled on. Then we hear that they basically confiscated his weapon and he can’t get it back — what can we do? That was the next question we asked.”

While some made suggestions such as giving him free T-shirts, Spires stated that they wanted to step it up a notch. And step it up they did. “Ultimately, if they’ve taken his rifle and we are a firearms manufacturer, why not give a rifle to him?” After all, at a starting price of around $1,000 for a lower end model, not counting the price of any additional parts or accessories, an AR-15 isn’t exactly easily replaced.

Of course, knowing that he is likely to get his own AR-15 back from the police department after he goes through the legalities involved, which start on May 15, Grisham did what most husbands would do, and did his shopping with his wife in mind, ultimately picking the “pink splash” AR-15. 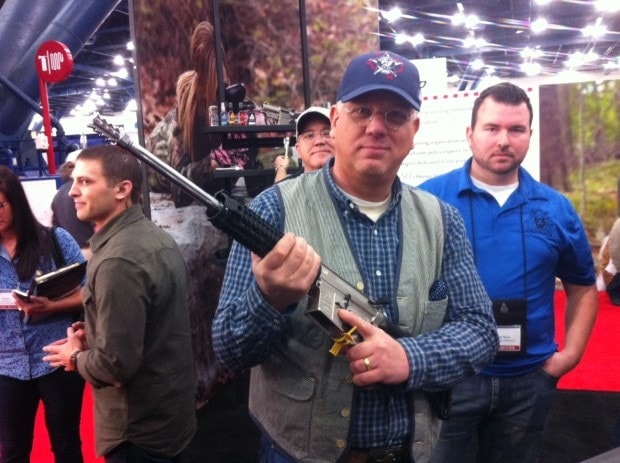 In addition to replacing Grisham’s rifle, Black Rain Ordnance also decided to let Glenn Beck choose a new AR-15 for himself as well for covering Grisham’s story and standing up for America’s gun rights.

Apparently Black Rain Ordnance’s decision to give away two AR-15’s was a good one, as this morning their website is down due to overwhelming traffic. While their servers are being reconfigured, they are encouraging folks to go check out their products on Facebook and Pinterest.