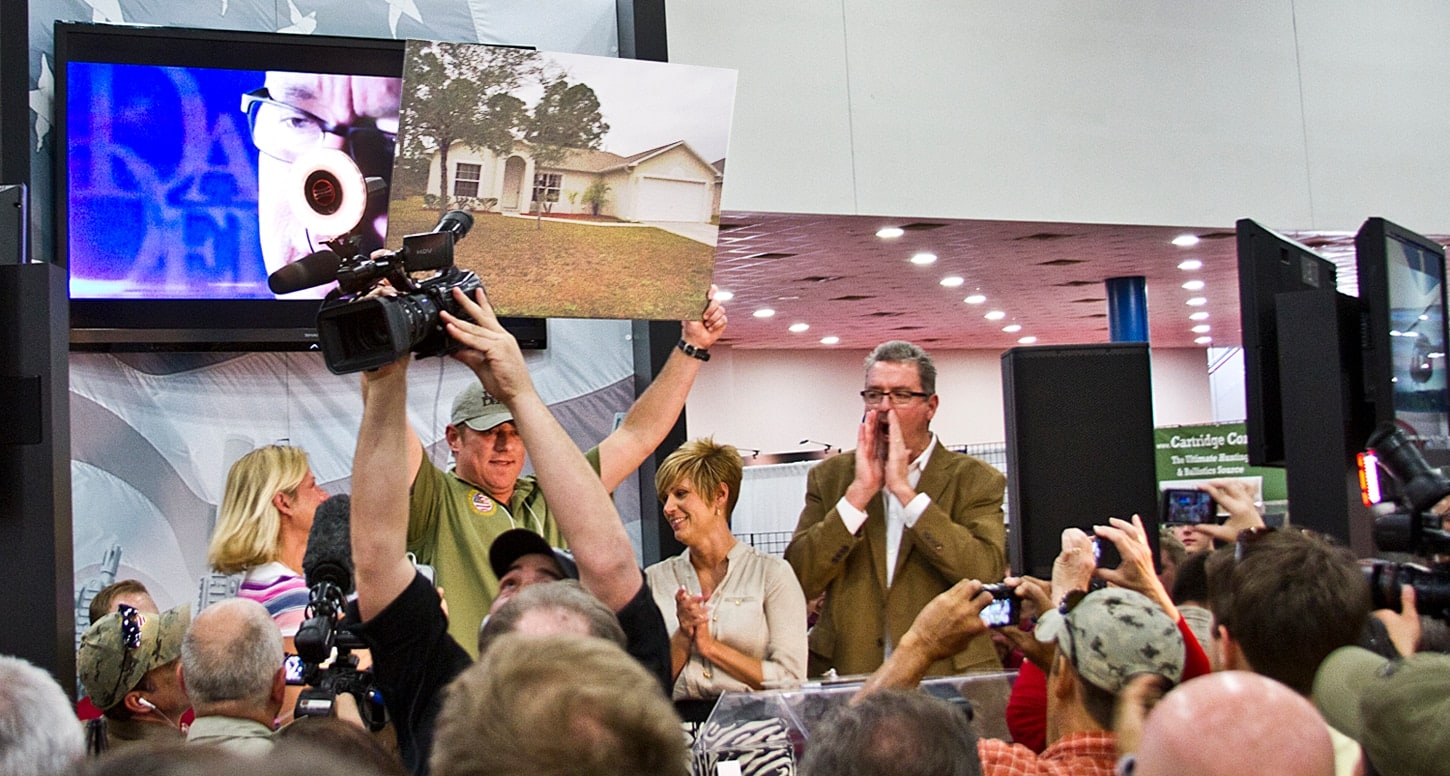 At the NRA convention in Houston over the weekend Daniel Defense gave the announcement of a lifetime after giving away a rifle. They surprised Sergeant First Class Jonathan David Langford with a new home for him and his family after he leaves the service.

According to a press release by Daniel Defense, Langford sustained multiple injuries during two deployments, including a blast concussion, broken ribs, shrapnel and traumatic brain injury. Langford was awarded three Purple Hearts during his service. President and CEO of Daniel Defense, Marty Daniel shares, “I am amazed by the bravery these soldiers demonstrate in the field. We can’t thank them enough for their sacrifice.” A statement made that most will agree with. Yet on Saturday afternoon Daniel made one heck of an effort to do so.

Daniel Defense, manufacturer of AR-15 rifles and accessories, held a drawing on Saturday to give away a rifle at their booth at the NRA convention. Langford and his family had been invited to attend and draw the winning name. A large crowd gathered, a name was drawn, a rifle was given away, and then the guys at Daniel Defense asked for everyone to stick around, as they had another big announcement to make. It was then revealed that Langford and his family would be receiving a mortgage-free home in Florida at the end of his service.

Of course Daniel Defense didn’t act alone in such an extraordinary surprise. They first found out about Langford’s heroism through the Military Warriors Support Foundation. Josh Kinser of the Foundation explains, “What we want to provide is hope for these warriors and their families. By partnering with great, patriotic companies like Daniel Defense, we are able to put these heroes in a mortgage-free home and help them transition to a successful civilian life.” 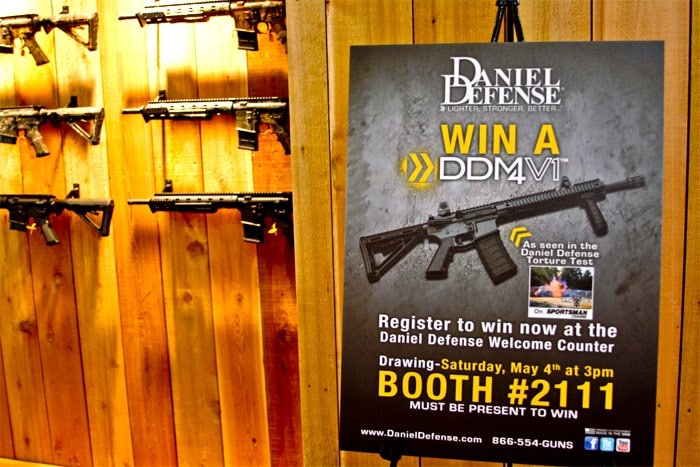 The Military Warriors Support Foundation is a non-profit charity whose mission is to provide support for our nation’s combat wounded heroes and their families. This is achieved through home donation, academic and employment assistance, and recreational activities.

In addition, the family was given the opportunity to hunt during the filming of a TV show with the Texas Trophy Hunters Association and Trophy Hunters TV.

On an AR-15 forum one user states, “I was standing there, a few feet from where this picture was taken. The article doesn’t do justice to how they handled the whole thing. I literally got tears in my eyes as did a lot of other people.”

Thank you for your service Jonathan David Langford and thank you to companies like Daniel Defense and the Military Warriors Support Foundation who see these men for what they truly are – American heroes.