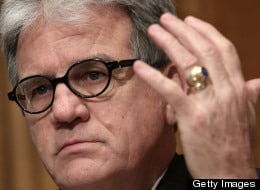 Oklahoma Senator Tom Coburn has added two pro-gun amendments to a water resources bill. The two amendments would allow firearms to be carried on some federal land that is managed by the U.S. Army Corps of Engineers, and would establish a registry of firearms and ammunition owned by the government. The bill is sponsored by California Senator Barbara Boxer and Louisiana Senator David Vitter and is to be voted on by the Senate on Wednesday.

Coburn told The Huffington Post that the first amendment will be “just like we have everywhere else,” referring to a law that was signed into effect in 2010 permitting guns to be carried for self-defense or other purposes in national parks in accordance to the state’s laws in which they are located. In other words, the state gun laws trump the federal gun laws in national parks. The first amendment Coburn added to the bill will allow the same provisions in U.S. Army Corps of Engineers managed land, which consists of 11.7 million acres of public land and water throughout the U.S., including over 450 lakes, nearly 500 recreation areas, miles of hiking trails and other rural areas. Coburn presented the same amendment last year, in a repeated effort to permit guns on U.S. Army Corps of Engineers land.

The second amendment Coburn added will require federal agencies to report annually on gun and ammunition purchases, as well as those that are stolen, lost, or otherwise unaccounted for. The amendment does, however, exclude certain agencies, namely the Department of Defense and the Central Intelligence Agency, provided the agencies give a detailed report of why reporting such information would harm national security. This amendment would put greater pressure on federal agencies which have recently been accused of stockpiling firearms and ammunition, so much so that there has suddenly been scarcely enough for average citizens.

Senator Barbara Boxer, co-sponser of the water bill and avid supporter of greater gun control, was livid at the idea of introducing the two amendments and rebuked Republicans for their efforts. (See video)