“Wielding the gun with both hands means reaching out with your left arm to cup the stock and resting a thumb on an analog stick. In addition to moving the camera left and right, the thumbstick is in charge of making in-game characters walk forward and backward.

“Under the same hand’s middle and ring fingers sit two buttons in charge of chucking in-game grenades. A d-pad and a repositioned Y Button lie on the center left-hand side of the model weapon, followed by start, select and the Xbox 360 Guide button. Underneath the middle of the rifle is the ammo clip, which acts as the X Button when pushed in, and handles reloading.”

While it’s pretty clear that the Engadget guys’ gun experience doesn’t extend beyond what they learned from video games, that doesn’t make this any less interesting as a game controller.

Right now it’s still a prototype, you can see from the pictures that it’s built into a gutted airsoft gun, but it’s a third of the way to becoming a reality.

If you want to get in on this project, head over to the Kickstarter page. 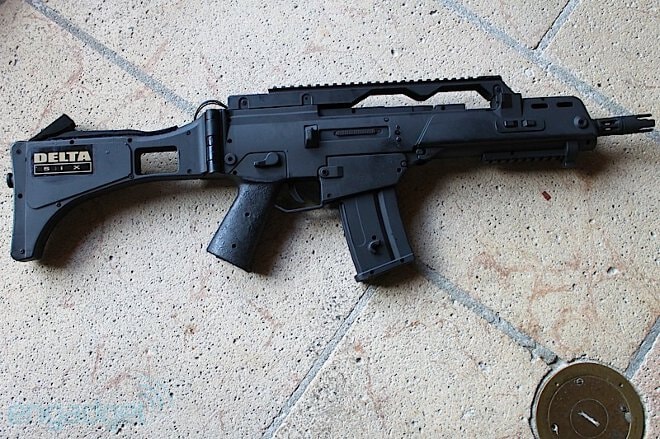 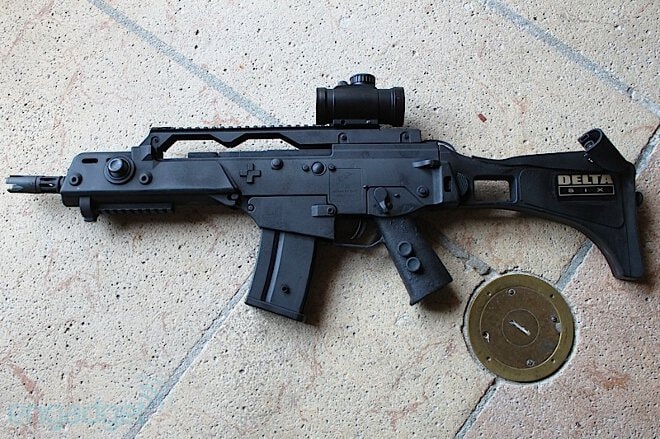 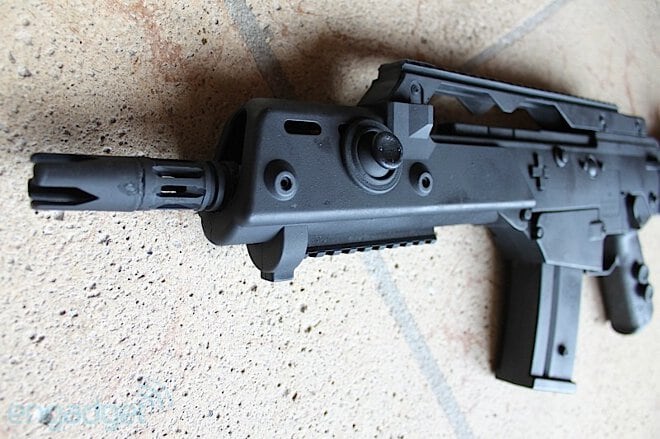 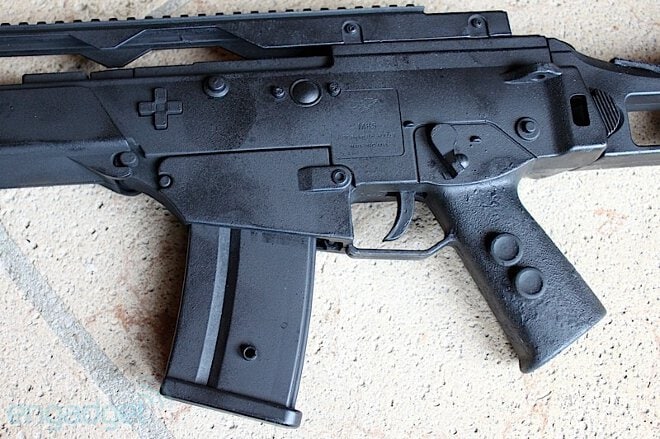 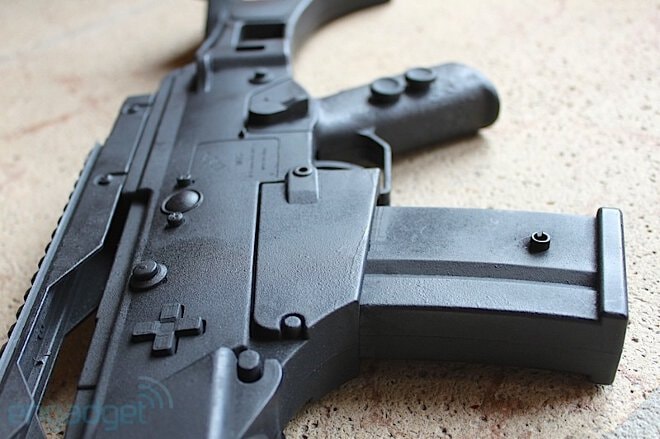 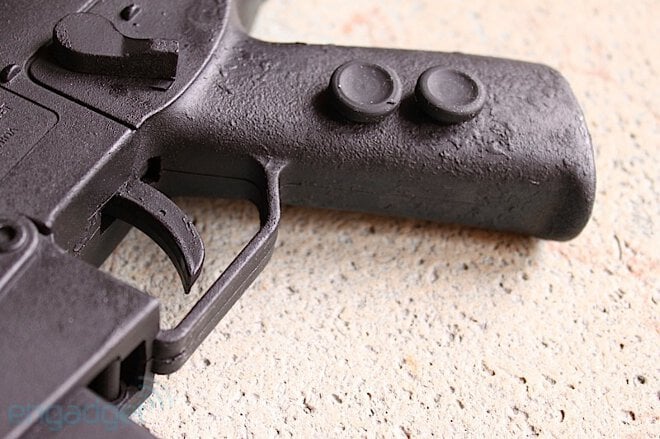 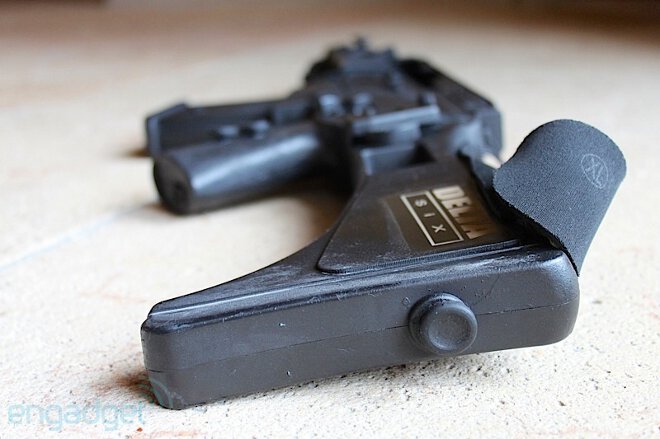 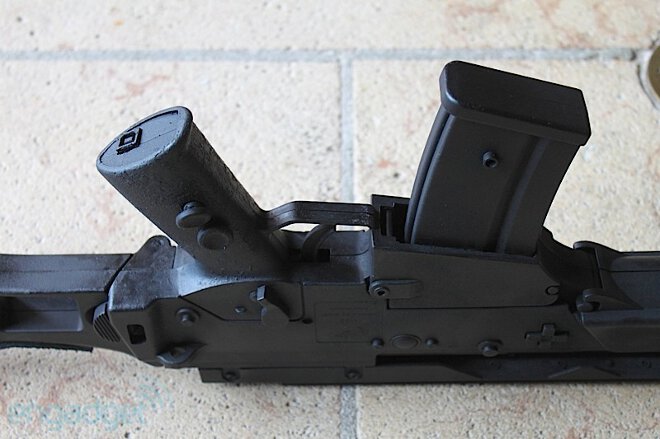 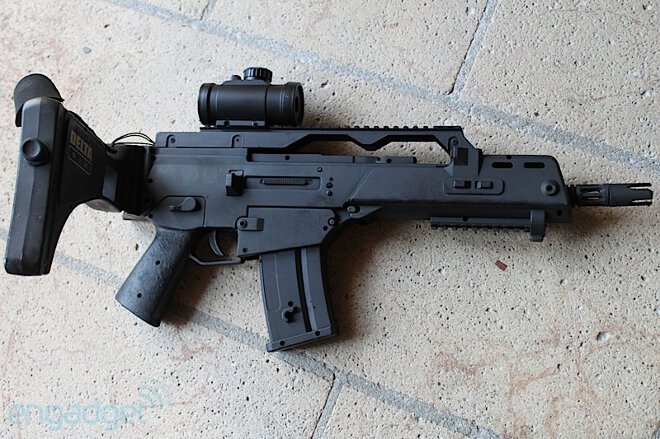 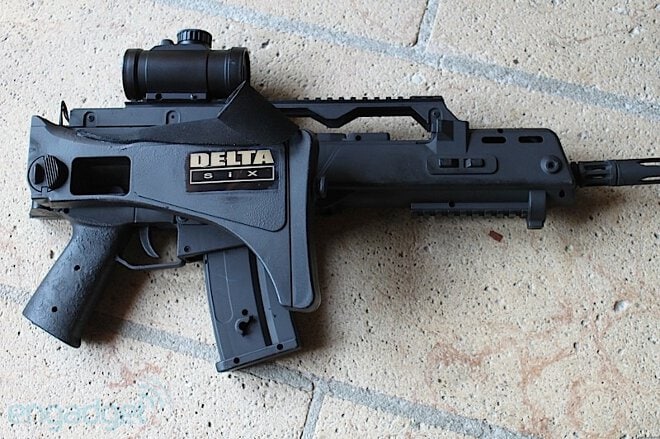 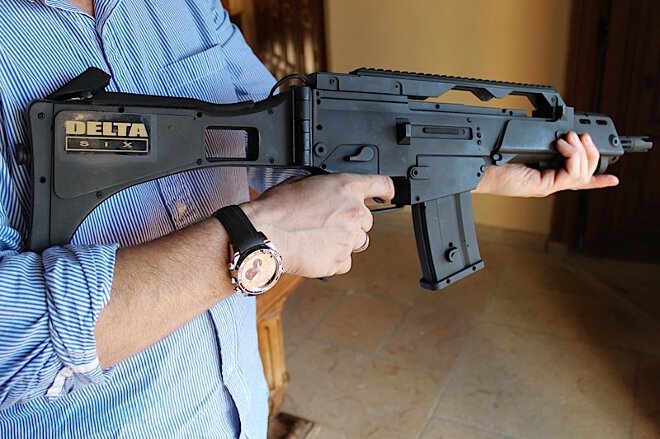