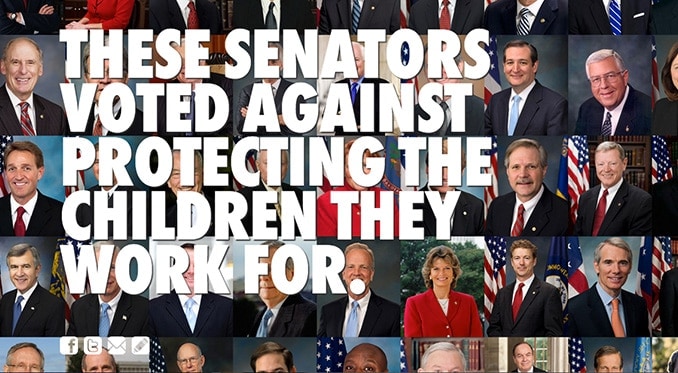 Frustrated by the Senate’s failure to pass expanded gun control legislation last month, a group of web designers have expressed their displeasure by creating an utterly tasteless website devoted to shaming legislators who blocked the bill.

Pairing all 46 senators who voted against the amendment with victims of gun violence, TheyDontWorkForYou.org urges readers to barrage said legislators with tweets, emails and Facebook messages.

According to collaborators Meg Paradise and Marc Phu, the impetus for the viral shame campaign was an email from a grandmother in her mid-60s who was enraged at the Senate’s failure to pass anti-gun measures.

And so, this blatant exploitation of murdered children for political gain was born. Not surprisingly, the campaign has been praised out of one side of the mouth of advocacy organizations such Moms Demand Action and Michael Bloomberg’s Mayors Against Illegal Guns. They’ve been condemning the NRA’s Youngest Life Member out of the other side.