Man Shot and Killed After Breaking into Oregon Apartment (VIDEO) 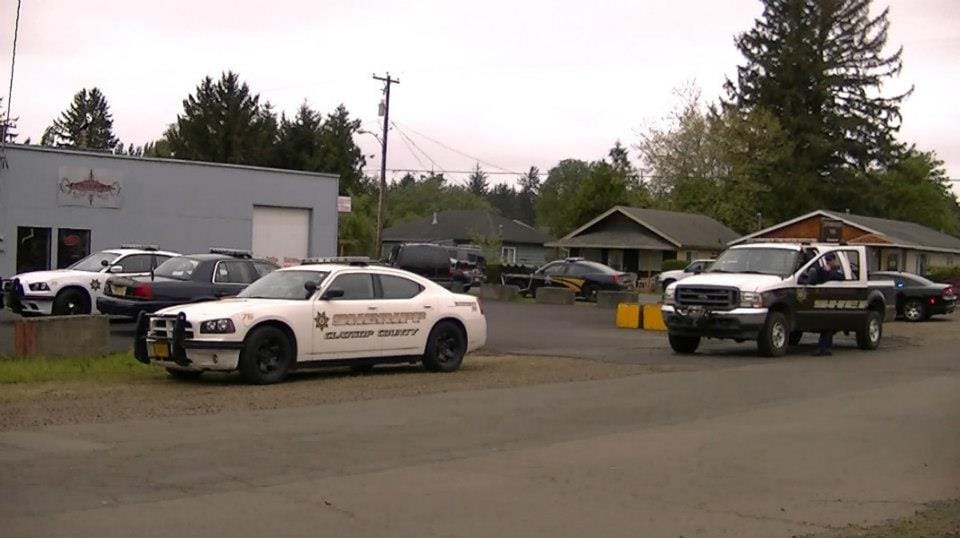 A man was shot and killed Tuesday morning after breaking into an apartment above a beauty salon in Warrenton, Oregon, about 100 miles northwest of Portland.

According to a local Fox affiliate, the 39-year-old man, whose name has not been released, claimed to be armed when he broke into the apartment around 11:00 a.m. At the time the apartment was occupied by a 46-year-old woman, a 19-year-old man and two teenage girls. As the man broke in, the four locked themselves in a bedroom and called 911.

They remained on the phone with police dispatch during the entire ordeal. Police arrived, evacuated the salon and secured the surrounding area before preparing to enter the apartment. Only while police moved into their tactical positions, the man continued to make his way through the apartment and eventually broke down the door to the bedroom where the four were barricaded. The woman and the 19-year-old were also armed and one of them shot the man after he broke through the bedroom door.

Upon hearing the shots fired, police immediately moved into the apartment and secured the weapons in the home. They also attempted to revive the man before paramedics arrived, but he was pronounced dead at the scene.

Warrenton police chief, Mathew Workman would not disclose which one fired the gun, how many shots were fired, or whether or not the man was, in fact, armed as he had claimed.

Police have not released the names of any of those involved in the incident, but Workman did reveal that the man who was shot was known by the people in the apartment. He was identified as an “ex of some sort.” The relationship of the four inside the apartment has not been disclosed either.

None of the four occupants were injured during the incident, although Workman did say that “they were pretty freaked out.” Kindra Goodwin, a neighbor agreed, “I can pretty much imagine they were really scared. I would be.”

Following the incident, no arrests were made. Clatsop County District Attorney Josh Marquis stated that, pending an investigation, it will be decided within a few days whether or not any charges will be filed. Although at this point it does appear that the shooting was in self-defense and therefore justified.