Adcor and the Demise of the Improved Carbine Competition 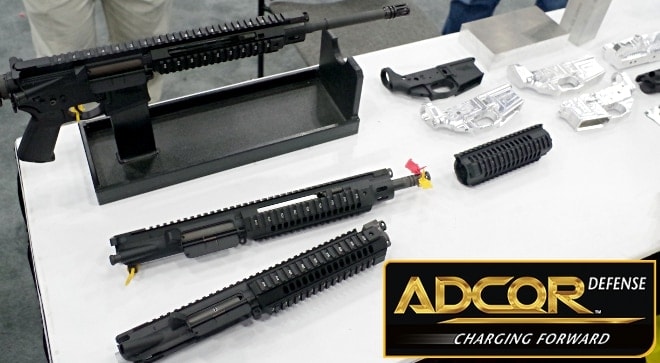 After five years of trials, the U.S. Army announced plans to cancel the Improved Carbine Competition on the heels of the end of its second phase.

The competition would evaluate a handful of rifles that were in contention to replace the M4; the Colt ACC-M (sometimes called the ACM), the FN FNAC, the Heckler & Koch HK416, the Remington ACR and one by the upstart rifle manufacturer Adcor Defense, the BEAR Elite.

In an attempt to tighten their budget, the Army has made the decision to halt the competition, saving them as much as $300 million from now through 2018. Right of the bat the Army will save $49 million in 2014, the first year of individual carbine field testing. The Army originally planned to put 30,000 rifles into service for further evaluation.

Of the five rifles that were selected for phase II of the trials, three were to be put to the test in phase III. The Army is cancelling the competition before announcing which three rifles would make it to the final stage of testing, six weeks after the Inspector General audited the program.

As the Army is currently in phase I of the M4 Product Improvement Program, upgrading their current M4s to M4A1s and exploring options for phase II, replacing the standard carbine handguard with a free-floating quad rail, the auditors decided that the Army doesn’t need a new rifle to replace the current crop of M4s.

Phase III of the competition would have determined if these newer rifles would outperform the M4 in terms of reliability, accuracy and barrel life. While Colt, FN, H&K and Remington aren’t going anywhere, Adcor is working hard to ensure that their carbines don’t fade into obscurity.

That shouldn’t be too hard; Adcor Defense makes what is undoubtedly one of the most innovative AR-pattern rifles we’ve seen to-date.

Adcor has combined the accuracy of a direct impingement system with the cool-running reliability of a gas piston system. Their BEAR runs a short gas tube from a low-profile gas block to an adjustable gas piston built into the upper half of the handguard. This makes it the only free-floating gas piston rifle on the market.

The rifle uses a long-stroke gas piston that passes through the front of the upper receiver into the gas block in the handguard. This single-piece piston completely prevents carrier tilt and works with standard buffer tube assemblies.

The whole thing is extremely lightweight, weighing just seven pounds (give or take depending on barrel length), putting it on par with most other direct impingement ARs. 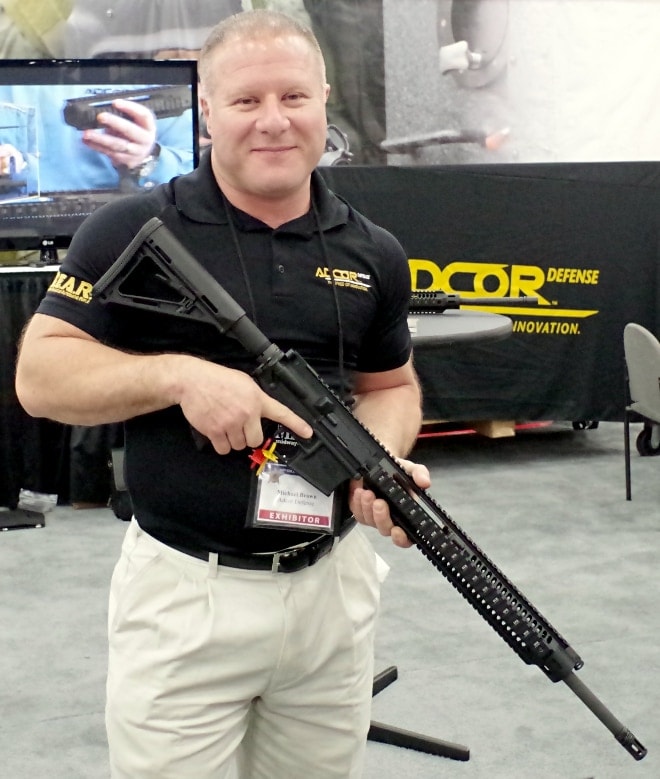 The rifle has a secondary non-reciprocating charging handle that can be easily swapped over for left-handed shooters. Like the forward charging handle, the safety is also reversible, and can be without having to strip the lower receiver and without any special tools. The safety can also be removed completely to child-proof the rifle.

Adcor also makes a direct impingement-driven BEAR, the GI, which hangs on to some of the piston-driven rifle’s features, including the adjustable gas block and forward charging handle.

We spoke with Adcor vice president and weapon designer Michael Brown at this year’s NRA Annual Meeting, who was disappointed that the Army halted the competition. We wanted to see what was in store for the commercial side of the guns and saw some really nice things.

Adcor is expanding on their models, offering rifles and uppers in new calibers, including 6.8 SPC and 7.62x39mm. They’re making both rifle and pistol uppers as well as carbines and SBRs that aren’t up yet on their product pages.

We’re looking forward to seeing what else is coming down the pipe.