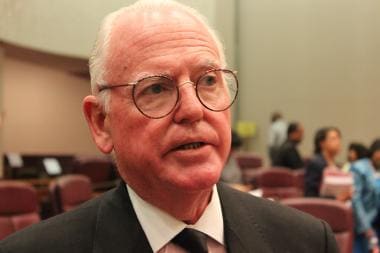 Even though Chicago is the site of many world-class museums, the city currently prohibits some firearms from being displayed, even as historical artifacts. One city alderman however introduced an ordinance on Wednesday to lift that ban, allowing museums to properly display these pieces of history.

Edward Burke, one of Chicago’s most powerful city alderman and a history buff himself, explained that he recently discovered an anomaly in the city’s code. “Museums are caught in a dilemma that if they have in their collections artifacts that can be defined as firearms, even though there’s historical significance to the memento, they can’t be registered in the city and can’t be displayed.”

If passed, according to Burke, the ordinance will allow “institutions to display unloaded firearms that often accompany uniforms and other historical artifacts.”

CEO and President of the Pritzker Military Library in Chicago, Kenneth Clarke points out that although the city is allowed to display firearms that are pre-circa 1898, that leaves out a significant amount – over 100 years – of valuable history, history that both Chicago residents and other visitors to the museum are missing out on.

Clarke explains, “It’s about preserving the stories of citizen soldiers from World War II, World War I … who have served our country.”

Alderman Burke agrees and uses the example of a World War II soldier’s family who donated his gun to the museum in March. Major General William P. Levine was one of the first American soldiers to liberate the concentration camp of Dachau during World War II. Following Levine’s death, his family donated his gun to the museum, a German Walther PP which was given to him during the war. Only under the current laws, the museum is not allowed to display such a piece of history.

Museums across the entire country have displays that include various firearms. In fact, there are some museums that are devoted strictly to historical firearms, displaying massive collections of guns. These places are not typically sites for people to obtain firearms unlawfully as successfully stealing them would be unlikely. As Clarke points out, first these guns are stored and displayed in a manner that preserves and protects them as permanently as possible, making them not very accessible. Secondly, “There are so many firearms available on the black market in Chicago, it’s not likely these are going to be high on the list. These aren’t the guns they want.”

Clarke also states, “The reality is there are a lot of historic firearms sitting across the city in closets and attics that nobody knows what to do with. 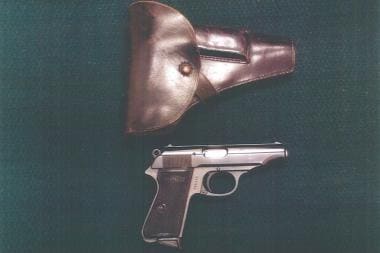 Who knows where they end up. If the city were to have this kind of ordinance, libraries and museums could be places where those firearms go and are taken off the streets and properly secured.”

Or instead of passing this sort of commonsense legislation, perhaps Chicago should follow in the footsteps of Seattle and hold a historical gun buyback, subsequently melting down the historical artifacts and turning them into bricks that display their ‘historical messages’ instead. Well, we’re sure you could find someone who thinks this is a more sensible solution than allowing museums to actually display pieces of American history.