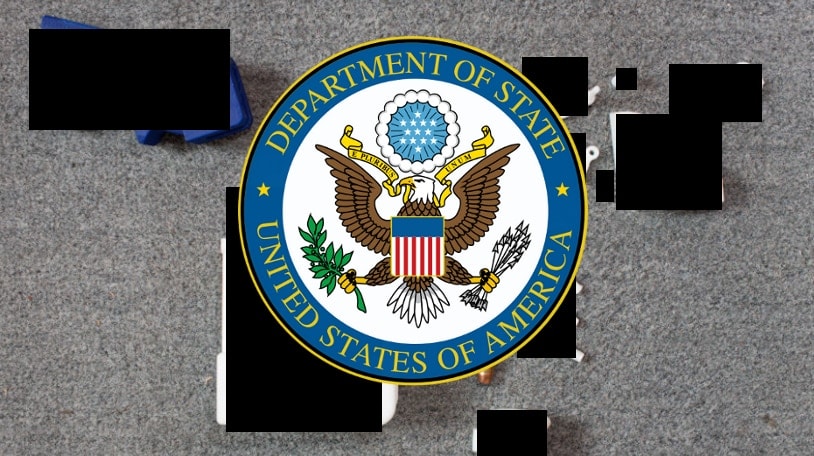 Well, that was fast.

This afternoon the State Department, specifically the Dept. of Defense Trade Controls, demanded that the plans for the Wiki Weapon “Liberator,” a nearly entirely 3D-printed single-shot .380 ACP pistol, be pulled from the “subversive” 3D printing website DEFCAD. And “until further notice, the United States government claims control of the information.”

DEFCAD and the Wiki Weapon Project are part of Defense Distributed, the organization led by Cody Wilson to decentralize the manufacture of once traditionally-produced, government-regulated goods, including firearms.

#DEFCAD has gone dark at the request of the Department of Defense Trade Controls. Take it up with the Secretary of State.

The U.S. DDTC polices International Traffic in Arms Regulations, which regulate what weapons and technologies may be exported. This includes arms big and small, certain firearm accessories, “training equipment” and “technical date” as well as something only labeled “reserved.”

It’s not clear what part of ITAR Wilson is at risk of violation, but the State Department singled out the Liberator. They added “Defense Distributed should treat the above technical data as ITAR-controlled,” in a letter to Defense Distributed.

It will be interesting to hear what their final findings are, as this could constitute “technical data” and/or any of the other articles detailed in the U.S. Munitions List.

That being said, what’s done is done, and now that these plans have been made available, they’re certainly not going to leave the Internet. It’s unlikely that this will have any effect on the ability of 3D printing enthusiasts to download the plans and make guns on their own. That part is still completely legal, according to the ATF.