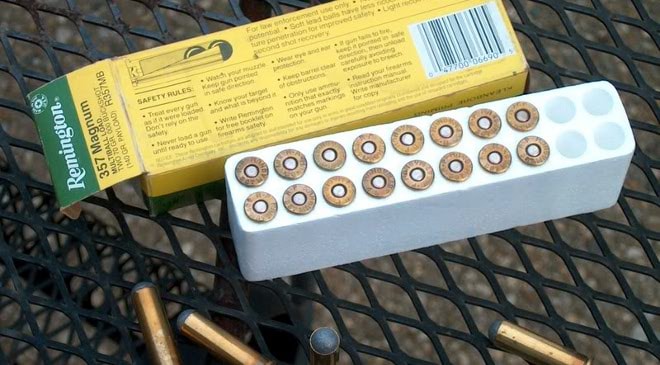 The current, implacable demand for all types of ammunition, self-defense and target, practice and hunting cartridges is still stripping store shelves of everything from loaded ammo to basic components, leaving shooters around the nation, even law enforcement, without the means to enjoy their guns.

And even though every day people hear about one store here or there with ammo in stock, for the bulk of shooters, that just isn’t a reality.

Some companies have been reluctant to add additional manufacturing capabilities; if the demand for ammo comes to a point before they can recoup their costs, the manufacturers will be left holding rather large bills. Domestic ammo manufacturers have been operating at capacity for nearly a decade straight because so many companies are reluctant to expand.

Remington isn’t one of those companies. They’ve pledged a whopping $32 million to expand their Lonoke, Ark. plant with the construction of an entirely new manufacturing facility. The expansion is expected to be up and running at full capacity by the summer of 2014, with ground broken for the new building by the second quarter of this year.

“We are proud to provide job growth within communities that have supported us for so many years, while meeting the increasing global demand for superior ammunition products,” said Jim Grahlmann, Lonoke plant manager. “This expansion reinforces our commitment to deliver the finest quality products for our customers“

While we don’t expect the ammo shortage to last through to next summer, it took several years for ammo prices to stabilize after the last run in 2008, which was insignificant in comparison to the current ammo supply problem. Having more product in the supply chain will help prices return to a fair market price.

“We continue to invest in all of our manufacturing operations because we are committed to ensuring quality, increasing product availability and improving on-time delivery,” said Kevin Miniard, Remington COO. “This significant investment in Lonoke is a testament to that commitment. Our customers can count on Remington to invest in its manufacturing operations in order to ensure that its facilities are state-of-the art and its employees are the best in the industry.”

In the short term, other countries are stepping to help. The amount of imported ammunition has doubled in 2013 according to data from the Commerce Department and the International Trade Commission.

While getting the ammo into the U.S. isn’t altogether difficult, getting it onto store shelves is a different issue. All the ammo has to go through Customs, and with this amount of ammo in the pipe, there are some delays affecting its passage through to retailers.

So ammo that was shipped to the U.S. in the first two months of this year isn’t necessarily making it to stores on time.

“At Armscor, we recognize the inconvenience and frustration of gun owners have in finding ammunition and we are doing everything we can to push more product out the door and on to store shelves,” said Martin Tuason, CEO of Armscor and Rock Island Armory. “We are at something of an advantage in that our growth in US sales had us already looking at long term expansion so we are really accelerating our timelines.”

“We are thrilled with the demand for our Rock Island Armory branded products in the US,” continued Tuason.  “Our new facility will give us the opportunity to increase production and reduce delivery timelines. This marks our 3rd facility in the United States and represents a critical progression in growing our markets in North America.”