The Case of Charles Brackhan: Or exactly what not to do after a self-defense shooting 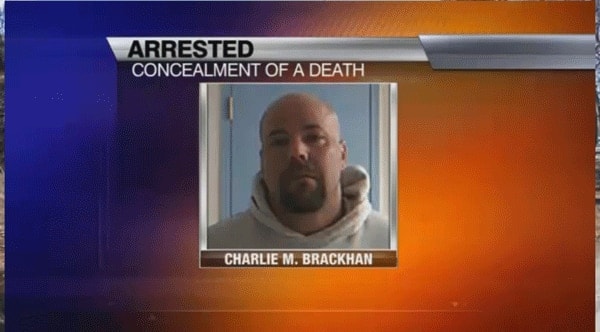 An Illinois man is facing a concealment of a death charge after a fatal shooting which he claims was in self-defense. After someone broke into his rural home and there was an exchange of gunfire, resulting in a death, he then moved the body from inside his home to a location several miles away. Why? He had an illegal marijuana grow operation that he did not want discovered by police when they responded to the shots fired in self-defense.

39-year-old Charles M. Brackhan of Petersburg was arrested in March following the discovery of 20-year-old Aaron P. Fehl’s body. At the start of the investigation the details were sketchy. All that police would really share was that Fehl was pronounced dead at the scene, which was several miles from Brackhan’s residence, and that his death was the result of several gunshot wounds. Authorities stated that the gunshot wounds were not self-inflicted, although they were not ruling it a homicide either. At the time, Brackhan was arrested, pending a possible concealment of a death charge. After posting 10 percent of his $100,000 bond, Brackhan was released and awaited a court date.

According to The State Journal- Register, Brackhan had his day in court on Monday, when new details of the curious case emerged. Brackhan told authorities during police interviews that he was outside of his home on March 19 when he heard someone inside. When he went inside to check it out, he came face to face with Fehl, who was armed. There was an exchange of gunfire, in which Brackhan shot and killed Fehl. Brackhan then wrapped his body in a tarp, put it in the back of a car and drove several miles away, where he left the body behind.

Apparently Fehl had broken into the house in an attempt to steal marijuana plants from Brackhan, who managed an illegal grow operation in his home. Brackhan claimed that the shooting was in self-defense, but he moved the body out of fear that the illegal operation would be discovered by police.

Police not only discovered the marijuana grow operation, but Fehl’s body as well.

Police also stated that there were witnesses present who confirmed that Fehl was, in fact, there to steal the plants. Although police aren’t disputing that the shooting was in self-defense, Breckhan now faces charges for trying to cover it up, which obviously, is a much bigger deal. However, he does not face charges of either murder or manslaughter.