A Dallas store manager was working Sunday night when a group of four armed men attempted to rob the place.

According to the Dallas Morning News, Joe Cho, who has worked at the store roughly 17 years, saw the intruders demand money from his employees from the safety of his office. Cho jumped into action, emerging with .38 caliber revolver and fired at least two shots at the suspects, who immediately fled. 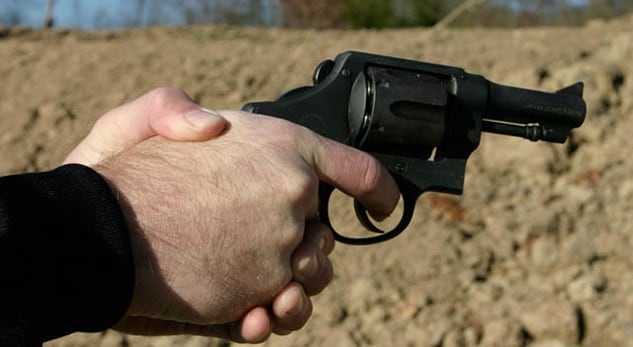 Frantic, Cho – a Korean native, dialed 911 for help. But it never arrived. After 20 minutes of waiting for the cops, he went home. It was nearly another hour before officers arrived at the scene.

When pressed for an explanation regarding the cops tardy arrival, a spokesperson for the DPD responded via email: “The caller had a very heavy accent and was speaking very quickly…The call taker had a very difficult time understanding the information and did not hear the caller say ‘shot’ or ‘shoot’.”

The Dallas Police Department currently has one suspect in custody, however detectives are pursuing additional leads to determine if other individuals are involved.