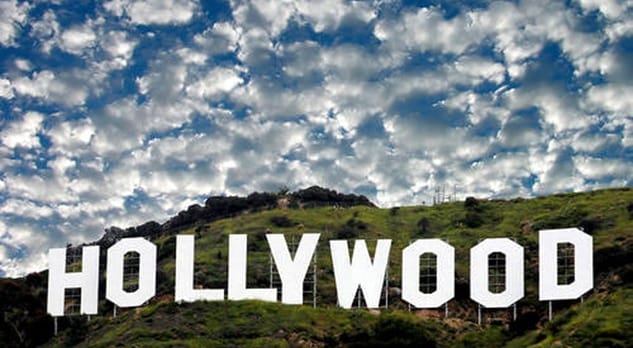 Apparently “God” told a Los Angeles man to surrender a homemade pipe bomb during the city’s gun buyback event held last week. He was immediately arrested and the device was safely detonated.

LAPD Police Chief Charlie Beck explained, “This is not a pipe bomb buyback; this is a gun buyback. Pipe bombs are illegal to possess, illegal to manufacture.”

The unnamed man claimed he longer desired to use it. That is, after he told officers he had once planned to blow up the Hollywood sign.

“[The man] told the officers in the line that he had spoken to God that day, and God no longer wanted him to use that bomb to blow up the Hollywood sign, now he wanted him to turn it in,” Beck said. 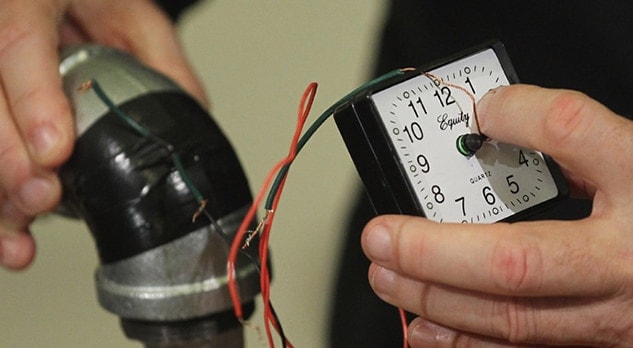 In many countries, including the US, possession of a homemade pipe bomb is a crime, regardless of a person’s intended use for it. California penal code prohibits the possession of “any destructive device” other than “fixed ammunition.” Individuals found with such devices face up to one year in jail and a maximum fine of $10,000.

The city’s sixth gun buyback event (which cost the city $250,000) yielded around 1,200 firearms. “Some of the assault weapons that were collected, these are weapons of war,” said Beck. “A couple of AK-47s and Tommy Gun.”

Los Angeles Mayor Antonio Villaraigosa chimed in, asking “You need one of those to defend your bedroom?” said of the weapons. “I mean, come on.” 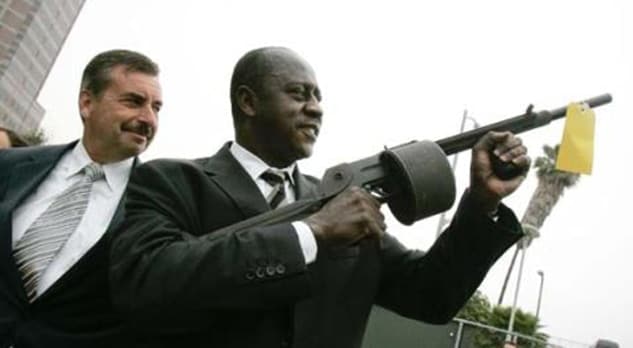