I gotta be honest, I love the idea.  When I first heard of it I had the same reaction I had when I first saw the snuggie (aka the blanket with arm holes), “Damn, why didn’t I think of that!” 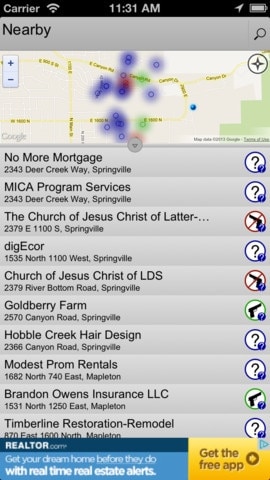 As you can tell by the title of this article, I am referring to the ‘Gun Free Zone‘ app, which allows users to identify and/or report whether businesses in their areas are gun free or gun friendly via their smartphones.

It’s an ingenious idea for two reasons: (a) it’s apolitical, meaning both pro-gun and pro-gun control activists can use it and (b) it promotes a consumer-based, free-market type activism.

John Peden, the app’s creator, talked about the benefits of the GFZA in an interview with local Alabama news affiliate WHNT.

“Piers Morgan, noted anti-gun news personality — there’s no reason he can’t use my app to shop in every gun-free zone that he wants, and then Ted Nugent, the pro-firearm guy, he could use it to shop in pro-firearm stores,” explained Peden.

In other words, it empowers the individual to make an informed decision about where he/she feels most comfortable shopping, dining, spending money, etc. — that is, of course, if that’s how one decides how he/she decides on where to shop.

As for the second point, Pedan noted that the buying power of the respective sides in the debate over gun control could influence how businesses view the issue.

“They like voting with your wallets, and this app is a way to do that,” said Peden.  “Later on we’ll be able to get other data on top of it — things like crime stats, or graffiti, or property values, and then you can educate people on what is the real effect of a gun-free zone on your life. Not what does one side or the other say.”

“We realized that if we gather good data, real useful data, then we might be able to change the gun control debate,” added Peden. “This really is, I think, the next wave of political power.”

Indeed.  Let’s educate the public.  Let’s get the facts out about gun-free zones and let people and businesses decide for themselves.  Maybe, just maybe, over time this will soften those pro-gun control advocates who take a hard-line stance on pushing for more restrictive gun laws.  Or, more likely, maybe it will influence the hearts and minds of those who are unsure about which side they are on.

Now, this app was featured in an earlier Guns.com article and some of you voiced concerns about the GFZA.  One issue that cropped up in the discussion was that it would become the “armed robber’s best friend.” 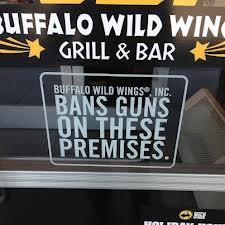 Personally, I think this concern is overblown.  A career criminal is already going to do his/her ‘due diligence’ on a business or home before he/she attempts to rob it.  It stands to reason that with or without the app, that criminal will have a pretty good idea on whether the business allows firearms.

Moreover, just because the business doesn’t allow patrons to carry on the premises doesn’t necessarily mean that management is unarmed.  A convenient store may have a “No guns allowed” policy for customers, but still allow its clerks to carry.

Plus, and this is rather obvious given the aforementioned point, many gun-free businesses post signs that say exactly that on the outside of the building (i.e. Buffalo Wild Wings, etc).  It’s not like they’re hiding that information from the public.

Another concern that was voiced was that the technology of the maps was rather shoddy.  Well, this is something that I hope the developers — Peden and his partners — are addressing.  It goes without saying, but the reliability of the information is critical to the app’s success.  Hopefully, Peden works out all the bugs in the very near future.

In any event, those are my thoughts on the GFZA.  What are yours?  Do you support it?

If you’re interested, the Gun Free Zone app is free on iTunes and Android.