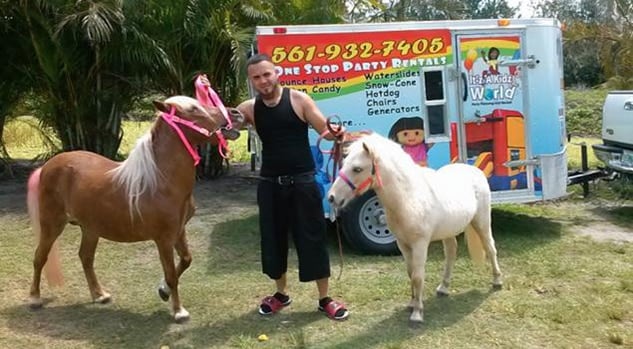 From the files of Gangbangers Foiled by Facebook, comes Dilbert Coreas, a Salvadoran illegal immigrant living in Palm Beach, FL.

Local law enforcement claim Coreas is a member of Mara Salvatrucha, a violent transnational street syndicate also known as MS-13. The gang has a reputation for brutal machete murders and their penchant for covering themselves in gang tattoos. 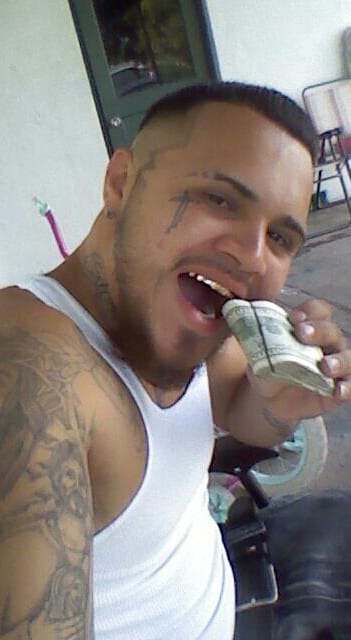 Coreas, who sports a teardrop tattoo under his left eye and a blood-dripping dagger under his right, was spotted by the Palm Beach County Sheriff’s gang unit, who noticed his social-media activity. According to Feds, the reported gangbanger advertised his services to help make kids’ birthday dreams come true on Facebook.

Fox News reported that police conducted surveillance of Coreas operating the bounce houses and attending to pony rides at events around Palm Beach County. He was later arrested on federal charges and is awaiting deportation (for a second time).