UPDATE: We spoke with Glock who has identified the problem with these handguns. The root of the problem was faulty ammunition that was damaging the firing pins.

Glock DOES NOT use metal-injection-molded firing pins for ANY of their firearms. Again, this was an ammunition issue, not a Glock issue.

All of the Palm Beach sheriff’s problems have been striker-related, and the report is simply called “Firing Pin Issue.” In all instances of the problem, faulty strikers were causing failures to fire.

Other law enforcement agencies have heard of the Palm Beach sheriff’s department’s problems, with the Miami Dade PD even making a five-minute PSA video warning officers about the problem and how to check against it.

Glock is acting quickly to replace the parts. Glock is almost synonymous with service pistol across the country, with it being a relatively standard firearm for police departments large and small and agencies local, state and federal.

According to CBS4 News, Glock flew representatives in from Smyrna, Ga. to Palm Beach to work with the department in person and on site. Additionally, ammunition manufacturer Speer has been working directly with the PBSO to address the problems. 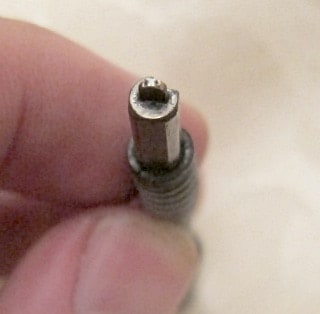 “We are committed to providing our customers with the best ammunition available to meet their needs”, said a Speer representative. “We have been working directly and swiftly with the Palm Beach Sheriff’s Department and their firearms manufacturer to determine a solution for their concerns about premature firing pin erosion. We are confident that we’ve jointly addressed their concern.”

It’s not clear what is causing them to see this unexpected failure rate, as there could be several causes for cracked or chipped firing pins, which is what the Palm Beach armorers have found.

The closest thing to a recall we’ve seen from Glock is an optional (but recommended) replacement recoil spring assembly that improved reliability with their then just-introduced Gen4 Glock pistols in 2011.