DefDist's Liberator, and the Legality of 3D Printed Guns

Defense Distrubted has been busy.  Their Liberator pistol is big news.  The 3D printed gun, built almost entirely from a durable, heat resistant plastic, has some concerned that criminals and terrorists will be printing plastic guns at home and sneaking them onto planes to live out their maniacal schemes (one .380 ACP at a time). 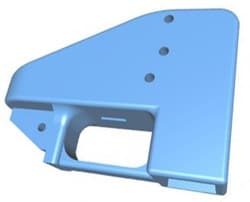 But let’s be clear.  The Liberator is a brilliant realization of an idea.  It is a symbol of liberty.  It is a tangible representation of the freedom to bear arms and it is a working firearm.

But there is nothing illegal about making your own gun.

Yet the public’s knee-jerk reaction to the news that anyone can make a gun out of plastic demanded some sort of action.  So the State Department’s Directorate of Defense Trade Controls weighed in on the conversation late last week and asked Defense Distributed to remove the plans for the the Liberator (and nine other items) from DEFCAD.org’s servers while they determine if the posted plans violate stipulations of the Arms Control Export Act.  And Defense Distributed has complied.

Why is the State Department getting involved?

The rumors on the Internet cover a lot of ground.  Some suggest that the Liberator, because it is almost all plastic, might violate the law against Undetectable Firearms act of 1998.  Not entirely true.  The Liberator has a metal firing pin.  And as to the growing hysteria about detection of the gun, the .380 ACP round is still highly detectable.  And remember, the State Department took control of the files.  The information, not the gun.

Others are leaning on a misreading of the National Firearms Act of 1934, which puts a prohibition on short barreled shotguns.  While the Liberator is a smooth-bore, there is no shot-shell equivalent of the .380.  And the NFA is really geared toward commerce, meaning the production and sale of guns.  What we are talking about are files.  Plans.

So what’s the big deal?  We went straight to the source.  Officials at the U.S. Department of State said via email:

As a matter of policy, we do not comment on individual ongoing compliance matters. However, we can confirm that the Department has been in communication with [Defense Distributed].

Under the Arms Export Control Act, any person who engages in the United States in the business of manufacturing or exporting defense articles, furnishing defense services, or engages in arms brokering covered by the International Traffic in Arms Regulations is required to register with the State Department (via our Directorate of Defense Trade Controls, or DDTC).

Exports of non-automatic and semi-automatic firearms up to .50 caliber are controlled under the U.S. Munitions List, which is also overseen by DDTC. Separate from this registration requirement, additional licenses are needed for exports of defense articles in most cases.

The U.S. government views the export of defense articles and defense services as an integral part of safeguarding U.S. national security and furthering U.S. foreign policy objectives. The United States is cognizant of the potentially adverse consequences of indiscriminate arms transfers and, therefore, strictly regulates exports of defense items and technologies to protect its national interests and those interests in peace and security of the broader international community.

Who exactly is the the DDTC?  Here is their mission statement:

The Directorate of Defense Trade Controls, in accordance with 22 U.S.C. 2778-2780 of the Arms Export Control Act and the International Traffic in Arms Regulations (22 CFR Parts 120-130), is charged with controlling the export and temporary import of defense articles and defense services covered by the United States Munitions List.

It is the USML that matters most in the evaluation of the Liberator.  The USML makes vague mention of technical data throughout the document in passages like this one:

Technical data (as defined in §120.10 of this subchapter) and defense services (as defined in § 120.9 of this subchapter) directly related to the defense articles enumerated in paragraphs (a) through (h) of this category. Technical data directly related to the manufacture or production of any defense articles enumerated elsewhere in this category that are designated as Significant Military Equipment shall itself be designated SME.

What concerns the State Department are the plans for the Liberator.  While we in the United States have no use for an actual Liberator, we are fascinated by the idea.  But the Chinese, for example, might find the Liberator more compelling.

The plans for the printed plastic gun are not being sold.  But they were and are still being posted online, which means that they could and can still be downloaded from anywhere.  And that might be the problem.  I say might be because there hasn’t been any ruling.  The DDTC is evaluating the matter.  The files might be “technical data.”  And posting them on the Internet might be a problem. 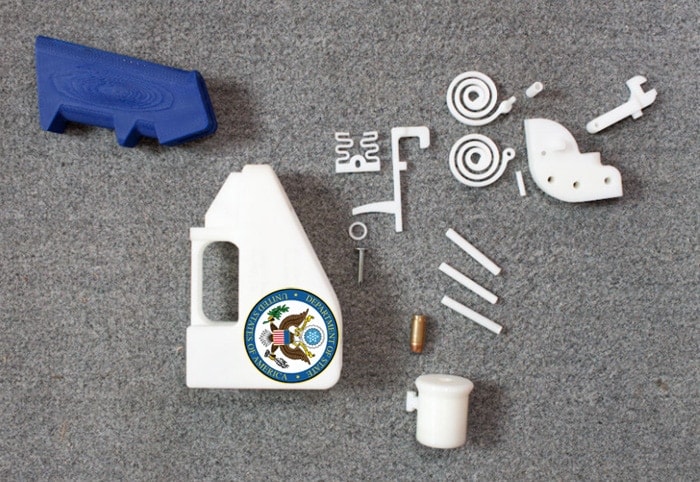 It was enough for the DDTC to step in and ask Defense Distributed to remove the files while they considered the matter.  But actually ruling in this matter will be far more complicated.  It may be a Second Amendment issue for many, but it would also be a First Amendment concern.

The reality of the Internet

Though Defense Distributed removed the files, they can hardly take back all of the downloads.  No one knows how many copies of the files are out there.  Links continue to pop up in the comment section on the DEFCAD.org site.  And we have photographic proof of a Liberator in Europe.  So we know it continues to live on.  The State Department has convinced DEFCAD to remove the file, but the plans for the Liberator are out there.

And that fact makes the State Department’s removal of the file oddly symbolic.  Still, Cody Wilson, head of Defense Distributed, and all involved are cooperating.  Why not?  Defense Distributed’s work on the Liberator is largely done.

There are many out there who want to see Defense Distributed fight back.  Some are asking Wilson why he doesn’t already have a hotshot lawyer.  Others are offering to contribute to his legal defense fund.  I spoke with Wilson this afternoon and he was clear about where he stands.

“The DDTC contacted Defense Distributed.  They’re not coming after me, personally.”  Wilson sees setting up a legal defense fund as a statement that would say “here we go, we’re going to war.”  And that isn’t what he wants.  Wilson isn’t out to pick a fight.  He hopes the State Department will “ramp it down,” so he can get back to work.

But let’s go back to the legal question

There’s nothing illegal about making your own gun.  The reactionary response to the Liberator comes despite 500 years of people making their own guns.  The rest of us see this as both a reminder of our past and a sign of our ability to determine our own future.  And the State Department could scrub the files from all of the computers everywhere, but they can’t make us forget that the Liberator is possible.