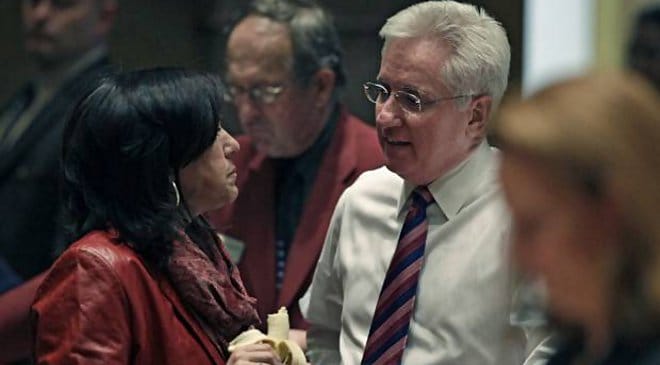 Following the passage of several new and strict gun control laws, four Colorado legislators are facing recall elections. The new bills make Colorado one of the least gun-friendly states in the nation now, an about-face from its position in years past.

These groups are backed by a large percentage of Coloradans. According to a recent poll examined by the Weekly Standard, a majority of Colorado residents oppose some, if not all of the recent gun control bills passed, which include mandatory background checks, taxes on all gun transfers and a magazine capacity limit of 15 rounds.

“Democratic legislators also have to be mindful that even members of their own partisan coalition are conflicted about this proposed legislation,” said pollster Rob Autry, of Public Opinion Strategies. “While only 8 percent of Democrats oppose all of the gun control measures we tested, 70 percent of Democratic voters oppose one or some combination of the proposals (either the comprehensive package, the background checks, the liability claim, or the high-capacity magazine ban).”

“These poll numbers prove that Gov. Hickenlooper and the Democrats are listening to Bloomberg and Biden instead of Coloradans,” state Sen. Greg Brophy told the Standard via email.

The Vice President was in Colorado earlier this year, pushing local legislators to take the White House’s position on gun control, and New York Mayor Mike Bloomberg hired lobbyists to operate inside the state for similar reasons. 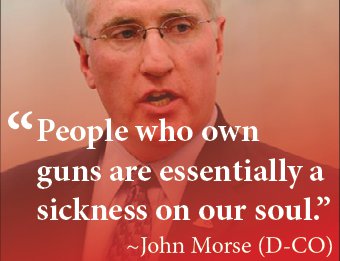 They only need 7,178 votes to make Morse face a recall election. However, his supporters are confident it’s just saber-rattling. “We have a lot of local people working to keep Sen. Morse in office despite this insane and ridiculous recall effort,” said Christy Le Lait, campaign manager of A Whole Lot of People for John Morse.

Republicans in the state say the feeling’s mutual.

“Not surprisingly, Republican voters in the state overwhelmingly oppose the comprehensive package (62 percent say it’s the wrong approach and another 26 percent say it goes too far), oppose holding manufacturers and sellers legally liable (94 percent oppose), and oppose the high-capacity magazine ban (85 percent agree with opponents),” continued Autry. “For the most part, the highly politically prized Independent voting bloc also opposes the key gun control measures we tested in this survey. Fully 69 percent oppose passing the comprehensive legislation (33 percent oppose outright, 36 percent think it goes too far), 84 percent oppose holding manufacturers and sellers liable, and 55 percent oppose the high-capacity magazine ban when presented with both sides. The one area of exception is the proposal to require gun buyers to pay the cost for a background check (51 percent of Republicans and 69 percent of Independent favor it).”

While the margins for recall are thinner for the other legislators, comments made by Hudak have made her particularly unpopular as well.

Hudak backed the proposed ban on concealed carry on campus which did not pass, saying that women should not arm themselves against rapists, because even if they carried a firearm, “statistics are not on [their] side, even if [they] had a gun.”

In addition to turning public opinion against the state’s senators, Colorado’s new gun laws are already hurting the state’s economy.

Magpul has begun relocating while the Outdoor Channel has pledged to leave the state as well. Additionally, tourism is beginning to suffer following a boycott of Colorado by out-of-state hunters.