A milestone in Naval Aviation occurred Tuesday with the launch of an unmanned autonomous aircraft the size of a fighter jet from a warship at sea.

The X-47B drone is the first aircraft designed to operate on an aircraft carrier, which allows it to be used around the world, sans foreign airfields. Unlike previous drones, the X-47B does not need to be piloted by remote control. Instead, it is controlled by a forearm-mounted box called the Control Display Unit which sends orders to an onboard computer able to think for itself, plotting courses and charting new flight paths. Despite the drone’s seeming autonomy, a human operator will set an objective.

The prototype X-47B took off early yesterday morning from the nuclear-powered aircraft carrier USS George H. W. Bush in the Atlantic Ocean off Virginia. Designed and build by Northrop Grumman, the military claims the test aircraft isn’t intended for operational use, rather for information gathering to develop a drone program.

According to the Navy, the X-47B can reach an altitude of more than 40,000ft, has a range of more than 2,100 nautical miles and can reach high subsonic speeds. Lacking life support equipment, the drone has enough free space to accommodate two 2,000lb bombs. Plans to demonstrate the ground-breaking aircraft’s ability to refuel in flight are set for 2014.

Critics of U.S. drone warfare are deeply troubled by Tuesday’s test, questioning where the line should be drawn when a weapon system is fully autonomous. Human Rights Watch issued a warning that “killer robots” could find their way onto battlefields within 20 years, or even sooner. 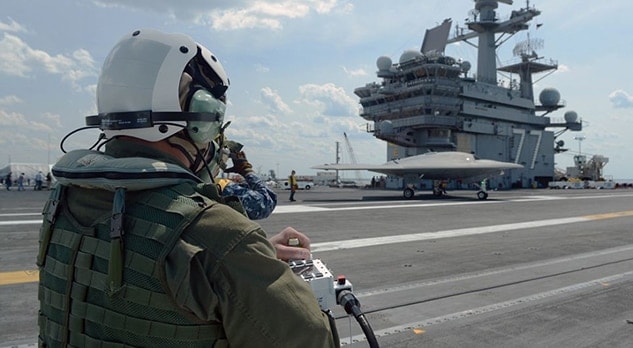 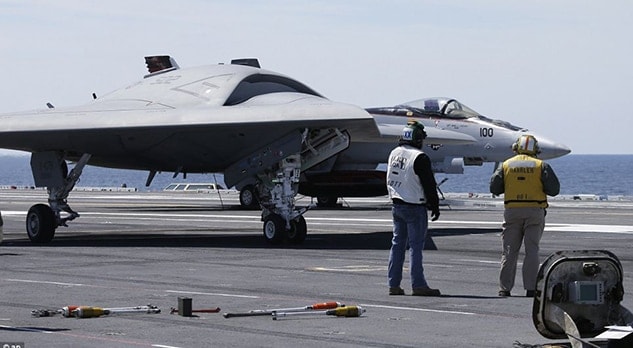 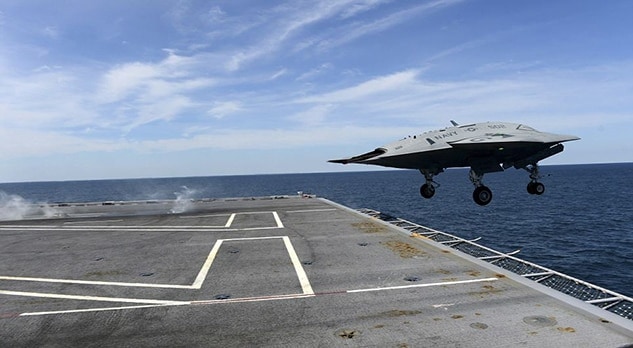 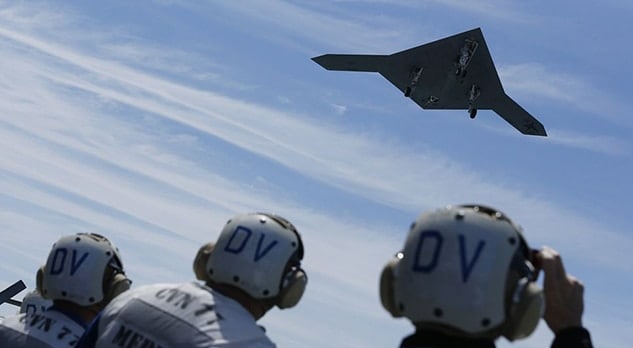 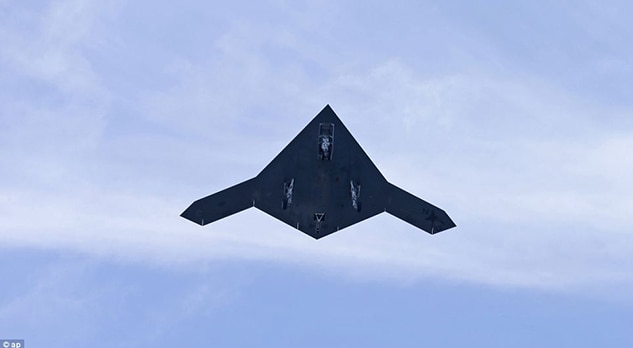 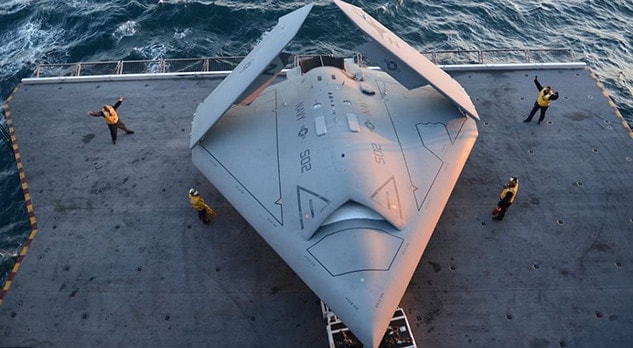 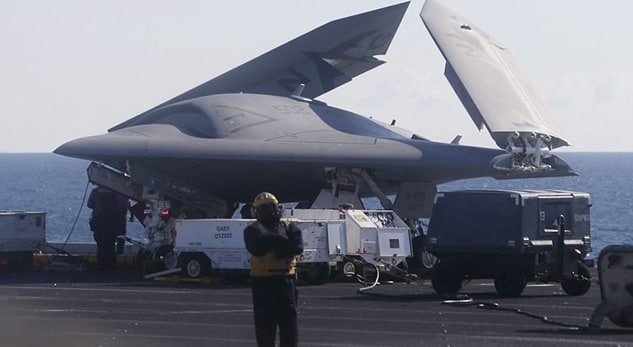