That's Not a Knife … 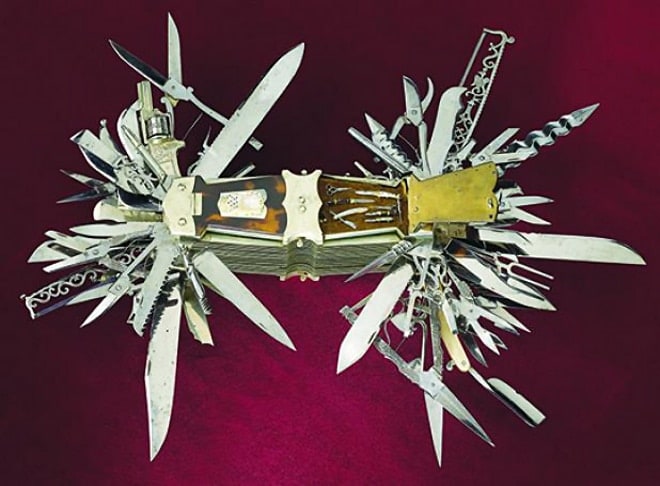 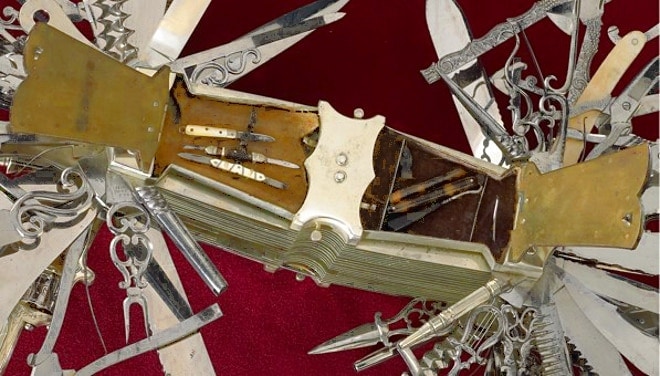 “Finally, a knife you could bring to a gunfight…or a piano tuning, or a shave and a haircut, or a wine and cheese party, or any one of 100 functions. This 19th century multi-tool includes a .22 caliber pinfire revolver as well as a tuning fork, a mirror and straight razor, and a corkscrew.

“It is the Mother of All Swiss Army Knives, although it actually predates the Swiss Army Knife by a few years and was made by John Holler in Germany around 1880 as a display model for his New York store. It weighs an estimated 10 pounds making it, perhaps, a touch heavy to carry in your pocket—but with it, you would be ready for anything.

“The knife is part of a special firearms exhibit from the Smithsonian called ‘Journeying West’ and it will be at the Buffalo Bill Center of the West in Cody, Wyoming, for the next couple of years. Besides the revolver/knife, the exhibit includes a rifle made for Catherine the Great of Russia and a wooden model of the Gatling gun that was submitted as a patent model.”

This is something that could be done again, better. Something for the 21st century.

I’m telling you, Victorinox would have a hard time keeping shelves stocked.