Get Your Print On: Check out the LulzBot TAZ 3D Printer 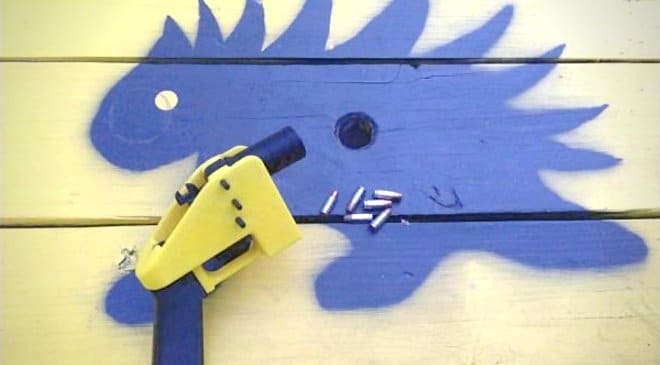 We have entered into the age of the 3D-printed gun. Questionably legal and barely recognizable, the first 3D-printed gun has been named the “Liberator” after the similar but stamped steel FP-45 Liberator pistol.

And while the 3D-printed Liberator is fragile, bulky and relatively unproven, it’s the first of many. In fact, based on the nature of its open-source community, the Liberator has no doubt already been modified into other designs, although given the materials, it’s somewhat limited to low-pressure cartridges like .380 ACP.

In time we’re sure to see 3D-printed revolvers that capitalize on the similarly low-pressure and high-availability .38 Special cartridge; after that, who knows what. It’ll be like the turn of the 20th century but in plastic all over again.

The next big breakthrough will be akin to the first 3D-printed gun — a stripped AR-15 lower receiver — a 3D-printed handgun that works with common gun parts, like a pistol built around a Glock barrel. This will tackle the pressure issue for the most part, making 3D-printed guns more effective and considerably more powerful.

In the next few years we’ll start to see affordable consumer 3D printers that work with non-plastic materials and probably better, tougher plastics with fiber reinforcement. 3D printing metal is already possible although it’s unlikely to be strong enough for barrels, firing pins and other high-stress parts (3D-printed metals are similar to sintered steel and are mild and somewhat fragile), but it will help deal with the girth issue the Liberator has, making 3D-printed guns less bulky and allowing for greater mechanical complexity.

There will have to be a revolution in the nature of 3D printing to make additive manufacturing tougher and more accessible than subtractive manufacturing — check out this AK-47 made from a shovel and this Glock made using bar stock and hand tools — but that doesn’t mean that the technology won’t develop. 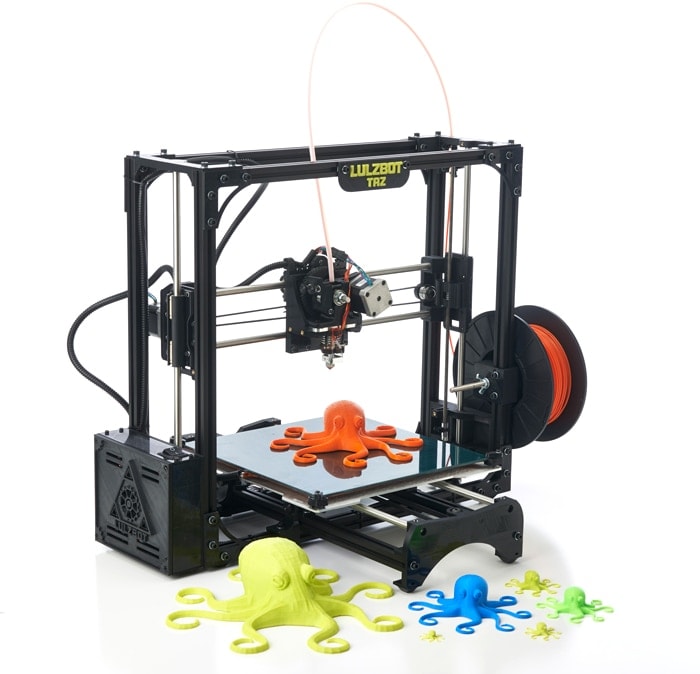 3D printing has clearly become part of the gun world. And in that spirit, let me tell you about the LulzBot TAZ (.pdf).

The TAZ is a consumer-grade 3D printer that is challenging commercial 3D printers like the Stratasys Dimension SST used to print the original Liberator. The TAZ has already been used to print Liberator pistols and is in other respects a very capable and fast printer.

The TAZ can print objects up to a hair under a cubic foot in volume and print in layers as thin as 750 microns giving it great resolution for its class and the largest volume of any printer under $5,000. The TAZ was designed to be a high-speed, quiet printer that specializes in manufacturing small objects and has no problems with big ones.

It uses standard 3mm filament and can print ABS, PLA, HIPS, PVA, translucent plastic, glow-in-the-dark, polycarbonate and even a wood-blend filament along with a handful of specialty materials.

The wood filament prints in different shades at different (adjustable) temperatures so you can make your objects with realistic rings and wood patterns. Combined with the glow-in-the-dark filament, if you’re printing your Liberator with a TAZ, you can print it with checkered laminate grips and night sights. 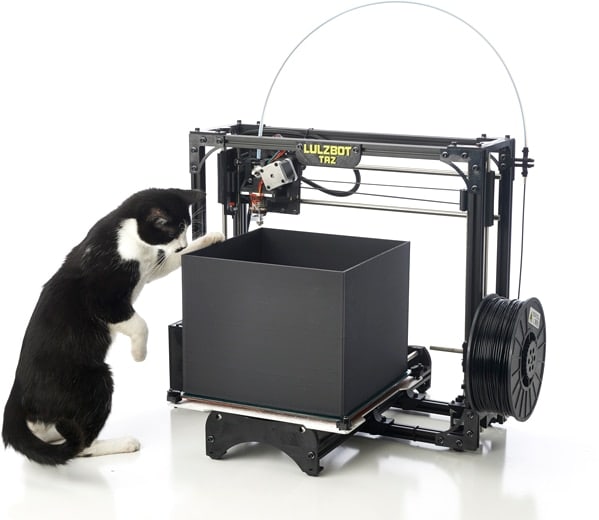 The TAZ has solid multi-platform support and works with Windows, Linux distributions and OSX. A derivative of the RepRap, the TAZ works with Marlin firmware, the Slic3r G-Code generator and Pronterface host software. They also have their own TAZ community forum for sharing ideas and getting help with new designs.

What makes the TAZ really stand out is the pricetag. At $2,195 the TAZ costs a fraction of what commercial printers do while keeping up with them in terms of capabilities and features. Plus, Lulzbot’s roots in the enthusiast community and their “Libre Hardware” policy means that they don’t want to regulate what you print.

If you have any doubts, know this: they contacted me about this printer. It’s not like they don’t know what we do around here. And as the technology develops, we’re sure to have quite a bit more to say about the world of 3D printing.

Whether or not you were looking to make your own 3D-printed firearms or just want to get involved with this emerging new hobby, check out the LulzBot TAZ.