In a peculiar incident originating in Afghanistan, an Army general is facing a court-martial on charges that include forcible sodomy, indecent acts, violating orders and adultery.

Among the orders Brig. Gen. Jeffery Sinclair is accused of violating is a prohibition against U.S. troops in Afghanistan from possessing pornography. According to an expert in Afghan culture, the pornography found on Sinclair’s computer would be highly offensive to local residents. 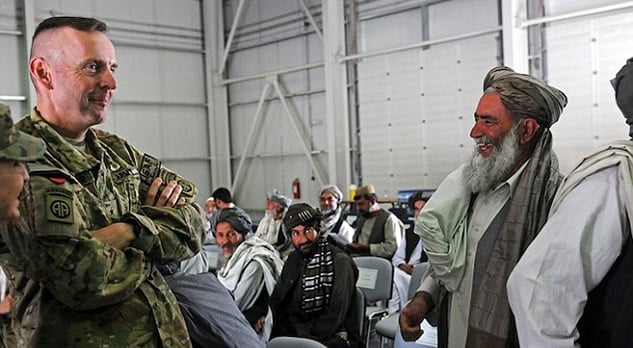 “They would be absolutely offensive to Afghans in general. Pornography is illegal in Afghanistan.”

The military ban on pornography and alcohol are in place in order to keep soldiers and Marines from offending socially conservative countries where U.S. troop have been stationed since 2001.  Although there is no evidence an Afghan saw the pornographic images, Sinclair’s former commander, Maj. Gen. James Huggins, testified that if anyone found the images it would have hurt Sinclair’s effectiveness.

Sinclair’s defense team has asked a military judge to drop the charges, arguing the ban violates his First Amendment rights to free speech. Furthermore, pornography is readily available in Afghan markets and on the internet, despite its illegality. 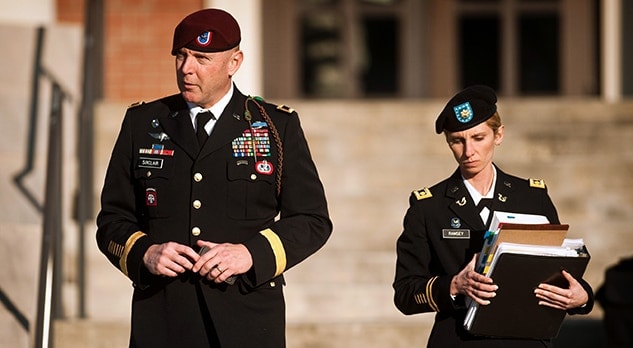 The career soldier also faces charges, that while on deployment to Afghanistan and Iraq, he carried on a three-year sexual relationship with a female officer. The captain claims Sinclair physically forced her to perform oral sex and threatened to kill her and her family if she spoke of the relationship. Compounding the indictment, two other female officers who served with the general testified they had given him nude photos at his request.

Sinclair’s legal team alleges he’s a scapegoat for the military as they deal with a string of embarrassing sex scandals. If convicted, the senior soldier faces life in prison.