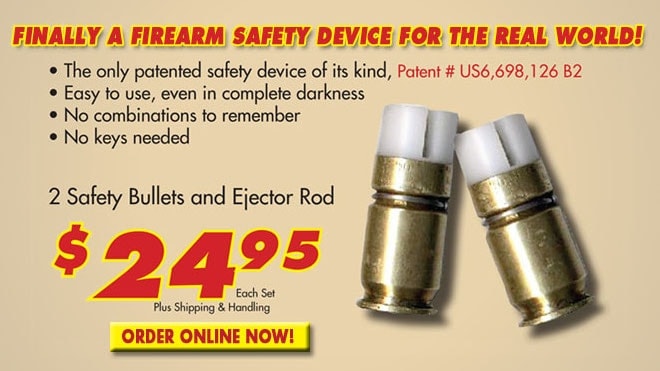 OK, so there’s this thing called the Safety Bullet that’s making the rounds again. It’s not an entirely new product but given what it does, it doesn’t get a lot of positive coverage. The Safety Bullet breaks guns. Temporarily, anyway.

When the firing pin strikes the part of the Safety Bullet that would normally be a primer, it launches a rod out the bullet end of the cartridge, expanding the plastic bullet, and locking the gun.

Here it is in action: 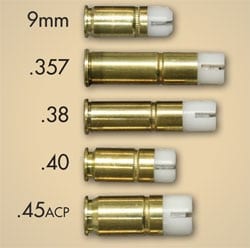 The thing is, with a semi-automatic handgun, it doesn’t really work differently than loading a couple of snap caps; it will lock up a revolver right quick, but indexing the next round in the cylinder isn’t exactly something you want to to under stress. Plus, what if you index the wrong cylinder? You get one shot off, then lock your gun.

Plus, it sacrifices capacity. Which, why?

Maybe if they sharpen the other end of the plunger rod you could use that as a last-ditch weapon in the case that you lock yourself out of your gun.

Can you think of any circumstance where the Safety Bullet is a better alternative than traditional gun security systems?