Sure, it looks like a smooth little semi-auto mouse gun but, as with many things in this crazy world, under it’s sleekness hides some strangeness. First, it’s not a pee-shooter, but rather a 5-shot .45 ACP hardballer. Second, its not semi-auto at all but rather more of a pump-action. It’s the Semmerling LM-4, and though it may look like a swan to some, at its heart it’s still one odd little duck.

Since the beginning of modern time, there have been rough handed individuals whose services are retained by certain quiet branches of the government to maintain a fragile system of covert operations. These 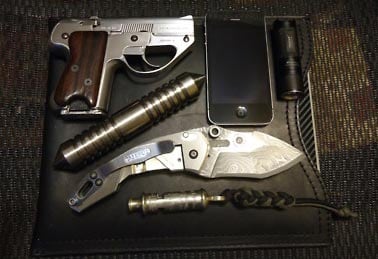 Tools of the (covert ops) trade.

individuals are sent to exotic places, meet interesting people, and occasionally have to fight for their lives to make it back home.

In the 1970s, a small shadowy company in the Boston area by the name of the Semmerling Corporation began producing a compact little gun for the special purpose of arming such individuals. The primary tenants of the pistol was that it be a small and durable as possible, with absolute reliability but crucially pack a decent punch—no mouse guns, as the gun was to allow a covert agent working deep cover, to have a concealed firearm to engage in violence if they could not otherwise extract themselves from the situation.

The action of the gun, dubbed the LM-4, is likely different from any other double action pistol you have ever seen. Designed to be a fully locked breech with a static slide, this meant the pistol had to be cycled manually by hand after each shot with the user pushing the slide forward then back to eject the spent brass, and chamber the next round. This sounds awkward, but with practice the slide could be pushed forward with the thumb of the off hand and five shots could be fired in 3-4 seconds. Another technique, if you have long fingers, is to pump the slide one handed with the trigger finger between shots. Since there is not a working action to divert the blowback, recoil on these guns is stout, but not uncontrollable. 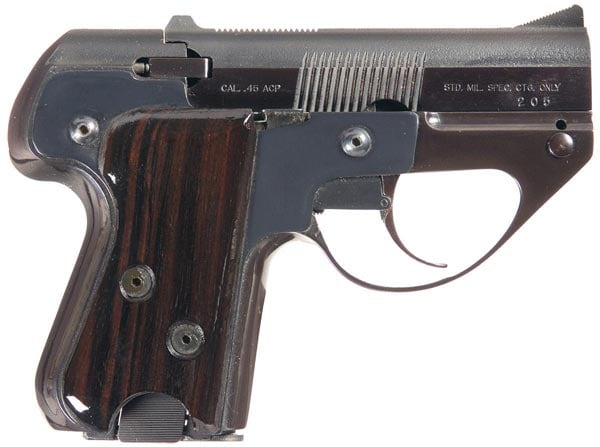 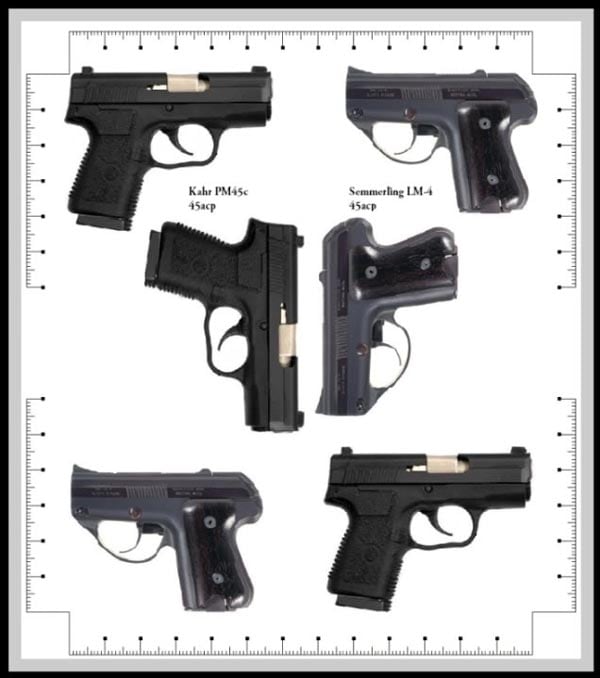 While this configuration is not as fast as a standard revolver or semi-auto, the Semmerling pistol was significantly smaller in its day.  Since there was no slide that automatically cycled rounds, there was no need for a slide lock or slide stop, safety/decock lever, or slide release, meaning the pistol was much slimmer than many other designs. Striker fired; there is no hammer to snag. Overall, at its widest point, the gun is 0.8125 inches across. Overall length is just 5.3-inches with a respectable 3.75-inch barrel that is capable of effective accuracy at combat pistol distances.

Fully loaded with five rounds (1+4), it tipped the scales at just 19.7-ounces. Now we know that today there are a whole slew of small-framed semi-autos out there that weigh less, but consider that these incorporate extensive use of polymer, not the heavy grade steel of the LM4.

Quality control was mission one of the Semmerling plant. Built of SAE S-7 hi-shock tool steel, the same stuff that power hammer dies and drill bits are made from, the gun was cut from one big block of metal.

Designed with 33-parts including the grips, all screws, and springs, etc., it’s about as durable as you can get, even by 21st century standards.  During the manufacturing process, each gun was magnafluxed and sent to two separate labs for independent x-ray testing to make sure the metal was sound.

Whereas even small commercial pistol makers churn out dozens of guns per day, each Semmerling was effectively hand made at a rate of two or three per week.

Philip Lichtman filed patents in 1976 for the design. Litchman, like the gun itself, is shadowy figure but research shows that he was an inventor who, besides his work in firearms, also shows several designs patented for precision surgical tools for electro surgery granted as late as 2006. 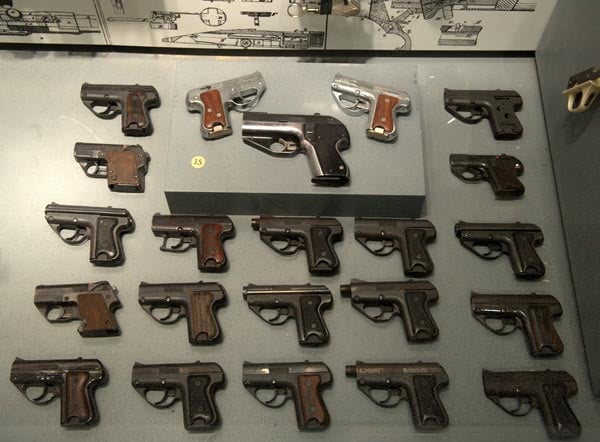 These things are super rare to collectors and have been highly sought after since they were first manufactured in the 1970s.  The original guns were offered to the US Army and various unnamed agencies and not for sale on the civilian market.  In the 1990s, American Derringer started limited production for the collector’s market and made them up until 2003. About the lowest you can expect to touch a Derringer-made example is $1800 in used but good condition. The Boston-made Semmerling Corp models, of which only an estimated 600 were born and more than a hundred of which are in museums, run more than twice that much as they were in the words of someone close to the company, “manufactured with a single purpose and for a special audience” 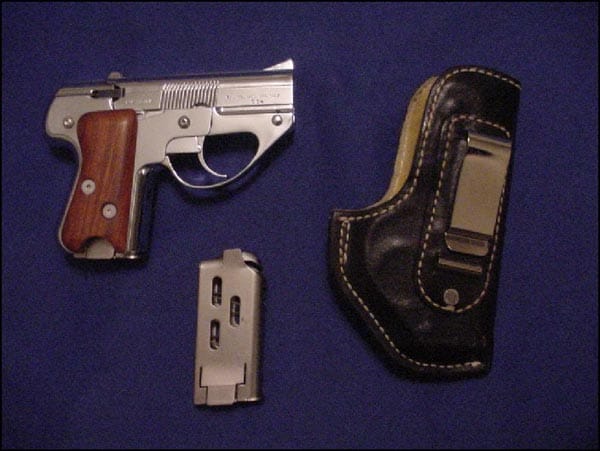 One engine driving the collectability of these guns is that novelist F. Paul Wilson’s “Repairman Jack” character is frequently armed with one of these rare gatts. It should be noted that the LM4s on display at the National Firearms Museum include some with threaded barrels for the simple attachment of suppressors.

Looks like Jack could be a quiet repairman if needed.