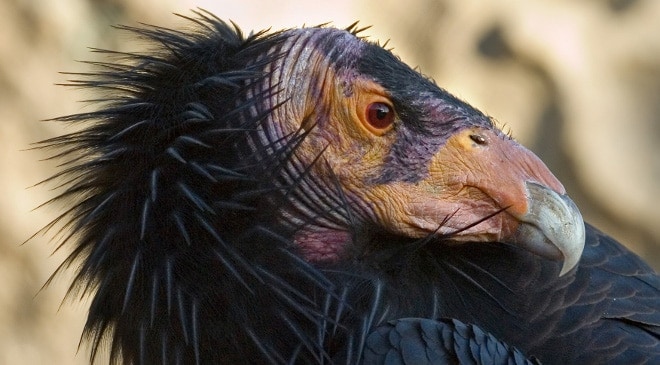 A California law expanding the ban on lead ammo for hunting in the roosting and scavenging territories of condors to the entire state cleared the assembly this week. The law, which goes to the senate next, will ban all lead-based ammo for hunting.

The state assembly passed the bill Thursday closely following party lines, with a vote of 44-21. It now faces the senate, and with 27 Democratic senators and 11 Republican (and two vacancies) the bill is expected to be made into law.

Condors and other scavengers including the golden eagle and turkey vulture are showing high levels of wide-spread lead poisoning, and while ingesting bullets from scavenging unclaimed game is common to these animals, it hasn’t been proven to be the cause of their lead poisoning.

The condor, which has a much more powerful digestive system (and appetite, and range) is particularly at risk when ingesting lead ammo, as their bodies absorb more lead from the bullets in less time.

While this is ostensibly to protect the highly-endangered California condor — there are about 400 California condors known to exist — opponents of the bill argue that it’s a de-facto ammunition ban, as the ATF has ruled the most common intermediate hunting calibers as “pistol” calibers, classifying brass and other common non-lead bullet materials as “armor piercing” and therefor banned.

If the bill is signed into law, hunters can still use copper and steel for their ammunition, but both have their drawbacks. Copper is considerably more expensive and steel is generally less effective.

Proponents of the bill say that as demand for specialty ammunition increases, prices will drop; this is unlikely to be the case any time soon as ammunition is at a never-before-seen level of demand with manufacturers running at capacity for a decade straight. On top of that copper costs are also at new highs.

If the law passes, it will be interesting to see whether or not these top-tier scavengers show decreased signs of lead poisoning. If not, conservationists will have to find another cause for the high levels of lead plaguing the California condor.