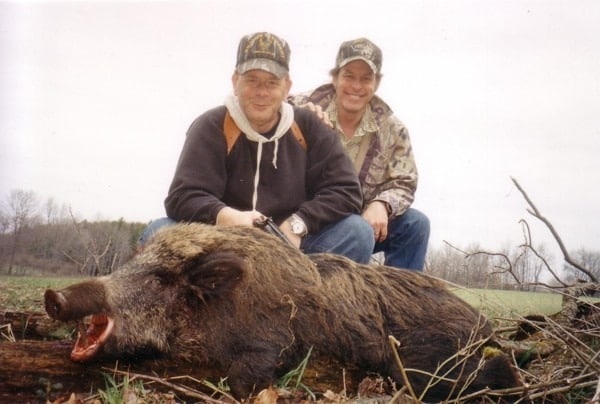 Jeffrey Nugent, brother of gun rights advocate and musician Ted Nugent, published an opinion piece today with the Washington Post in which he disagrees with his brother on background checks. In the article, he writes, “not everyone is qualified to own a gun, so expanded background checks should be a legislative priority.”

I’m a member of the National Rifle Association and a former Army officer with assignments in the military police, artillery, and operations research and intelligence at the Pentagon.

Ted and I recently attended the NRA convention in Houston, where he delivered the gathering’s final speech and continued his ardent defense of the Second Amendment. Ted and I have hunted together for decades, and we legally own a large number of guns. We both understand that guns constitute deadly force, so safety is foremost in our minds. It’s part of responsible gun ownership.

And I agree with Ted that our constitutional right to bear arms should not be undermined. I want all those who are qualified to purchase a gun to be able to do so. But — and here is where I part ways with my brother — not everyone is qualified to own a gun, so expanded background checks should be a legislative priority.

I believe strongly that expanding and improving mandatory background checks will keep a lot of people who aren’t entitled to Second Amendment rights from having easy access to guns. As of today, a convicted felon can find a gun show or a private seller and buy a firearm without a background check. That loophole should be closed. Every gun transaction must include a thorough background check. Why would responsible gun owners want to protect people who threaten not only our safety but our gun rights?

The NRA has it wrong: Irresponsible gun owners are bad for everyone. If you shouldn’t have access to a gun, then there should be no way for you to access a gun! Can anyone argue with that?

Check out the full article here.