Austin Chief of Police Art Acevedo had a serious case of foot-in-mouth disease recently on Twitter, forcing the top cop to apologize to his constituents.

Acevedo made some very disparaging remarks on his personal Twitter account @ArtAcevedo Sunday after a long debate with Twitter member @JohnGaultTX. Acevedo went on to mock the pro-gun member, tweeting:

“I love the fact that I have pushed the button of your lying extremist undeveloped brain. Thank God for the rest of America!”

Acevedo told local media that he sent the response after @JohnGaultTX made false claims and accusations toward him and his support for closing “gun show loopholes.”

The tweet drew fire from Julianna Crowder, a gun rights advocate who monitor’s the chief’s tweets. “It was a little childish and not professional,” said Crowder.

Attempting to salvage his professional credibility, the chief deleted the aforementioned tweets, but thanks to the good old Internet, they were saved for posterity by the website Twitchy (see below). 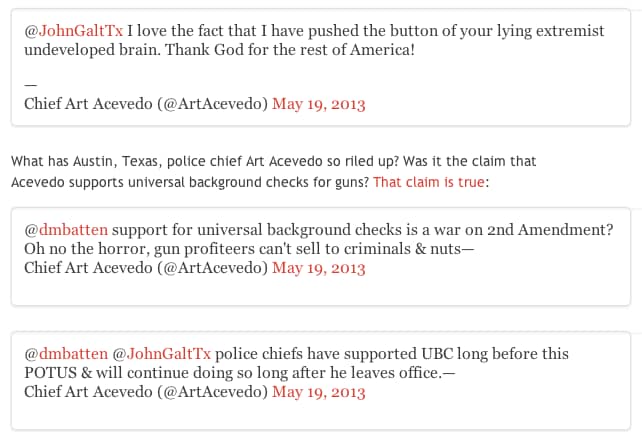 Acevedo then issued an apology of sorts, tweeting: 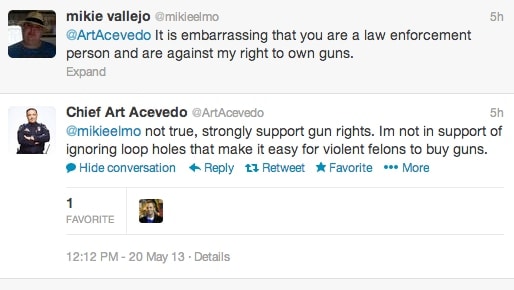