Elderly mother shoots, kills drunken son after he attacked and shot her 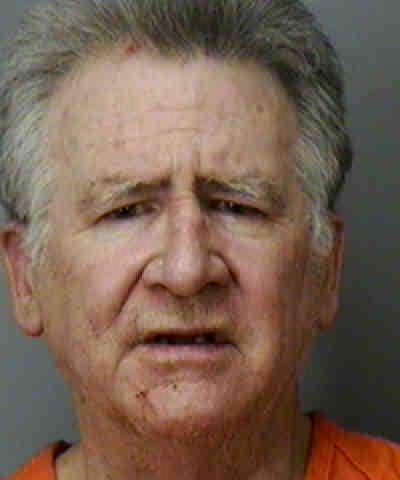 Mugshot of William Pennypacker, 64, when he was arrested in July 2012.

The incident happened Friday night when William Pennypacker became violently drunk, and at some point during the night became angry with his 84-year-old mother, Nancy Pennypacker, punching her in the face. As the violence escalated to an unimaginable level, shots were exchanged between the two. William pulled a gun on his mother and fired a shot which hit her fingers and traveled up through her arm into her right shoulder. The elderly mother then fired back at her son, striking him and killing him.

Apparently, a Polk County Sheriff’s deputy was patrolling the area at the time and heard the shots. Upon driving past her home, he then saw Nancy running outside screaming for help at about 10:30 p.m. Police found the body of her son inside her home.

Nancy told the police that William had been drunk and depressed and that he had threatened to harm himself in the past. Only rather than harming himself, he came after his mother instead, and it wasn’t the first time either. William had been arrested in the past, once in 2011 for battery on a person 65 years of age or older and again in 2012 for aggravated assault with a deadly weapon without intent to kill. Both times his mother was the victim.

Sue Robbins, a long-time friend and neighbor of Nancy, told Bay News 9 that she wasn’t surprised and said there were plenty of warning signs.

“We expected it for a long time. It would get pretty bad. She would have bruises all over her arms. She’s had black eyes,” she told the news station.

Another neighbor, Larry McCrann, explained that William had been arrested in the past, but the charges didn’t stick. “He was arrested … taken to the Polk County Jail, booked in and his mother wouldn’t press charges so he was released.”

He also expressed that the violence William exhibited towards his mother kept the residents of their senior community on edge.

“Unfortunately and sadly enough, they’re not surprised that this happened and with his demise, the living on pins and needles about it is over with. They feel relief,” he said.

No doubt, an unfortunate situation for all involved.

Nancy was transported to a local hospital following the incident to be treated for her injuries. She is reported to be in stable condition.

No charges are expected to be charged against Nancy, as it was determined that she acted in self-defense.