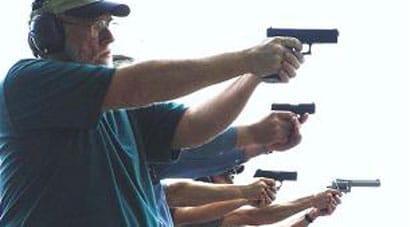 While Illinois is currently the only state that denies residents the right to carry firearms, either concealed or openly, a federal appeals court has placed an early June deadline for state lawmakers to agree on some form of concealed carry for its residents. It’s been an epic battle between lawmakers, but as the deadline quickly approaches, residents are flocking to firearm training classes, even without knowing if those classes will meet the new gun legislation requirements.

The United State Firearms Institute, which offers training in Chicago and throughout various locations in Illinois, expresses on their website, “We cannot be certain, but when the smoke clears, we believe that this class will satisfy the pending Illinois Concealed Carry License class requirement.” It also goes on to state, “When the law goes into effect classes will fill up and getting time on gun ranges will become very difficult, so it is advisable to complete the NRA Basic Pistol Course as soon as possible.”

Apparently, they’re not the only ones who feel the classes will fill up quickly once the legislation is passed, as NRA-certified instructor Larry Morse of Heartland Training Team out of Marion told The Southern Illinoisan that class attendance has been up a minimum of 50 percent. In addition to the classes continuously filling up, others wanted to be placed on a standby list, ready to fill in any vacancies in the classes that may become available. Morse admits that it’s “of an order like I’ve never seen before.”

Morse, along with Mike Corkran, offers a variety of classes in southern Illinois. They are both NRA-certified instructors. Corkran is a retired police officer and Morse is a former competitive shooter. They instruct both firearms and non-shooting self-defense classes. Their firearms classes range from basic beginner classes to advanced classes for instructors.

Even new groups offering firearm safety instruction are filling classes quickly. Trooper Trained, LLC, in the Pinckneyville area, plans to start their first classes in June. The company is run by Mike Hooks, J.J. Wittenborn and Steve Sweeney, all retired Illinois state troopers. Even with very little publicity, the response has been remarkable, as Hooks said, “My phone has been ringing off the hook,” and a large number of those calls have come from women. 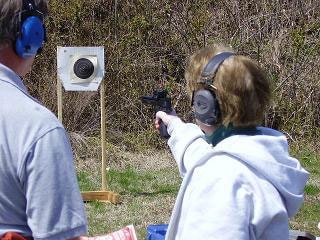 Hooks also explains that none of the three are motivated by money when it comes to the classes, but rather their motivations lie in working with people and their belief in the Second Amendment right of self-defense. “If we can send people from our classes competent and safe and able to defend themselves, we’ve done our job.”

Come next month, Illinois residents will finally be given the opportunity to know what skills and experience the state deems as competent and safe enough to carry firearms.