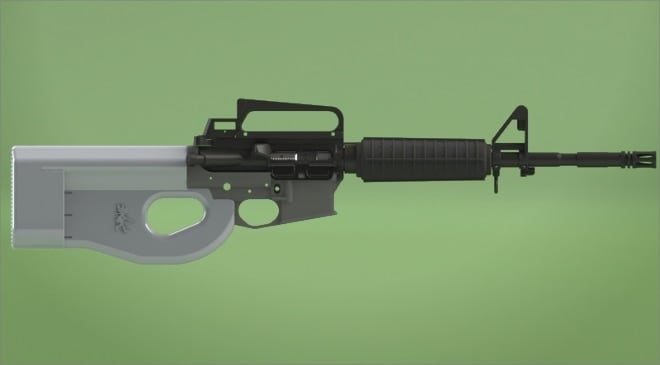 The 3D printed Liberator pistol may be gone, but it is not forgotten. Even with the Department of State bringing down the banhammer on Defense Distributed’s distribution of the plans online, there can be no stopping the continued development of this new branch of firearms technology, by Cody Wilson or anyone else.

The new WarFairy P-15 AR-15 stock by “Shanrilivan” is proof of that. Part AR-15, part FN P90 the P-15 stock is a modular design that allows you to put together a full-size stock with a custom length of pull even on small, non-commercial 3D printers.

One of the primary limitations on hobby-level 3D printing is object scale. While some inexpensive 3D printers like the LulzBot TAZ can print relatively large objects, many non-commercial 3D printers are limited to much smaller print jobs. 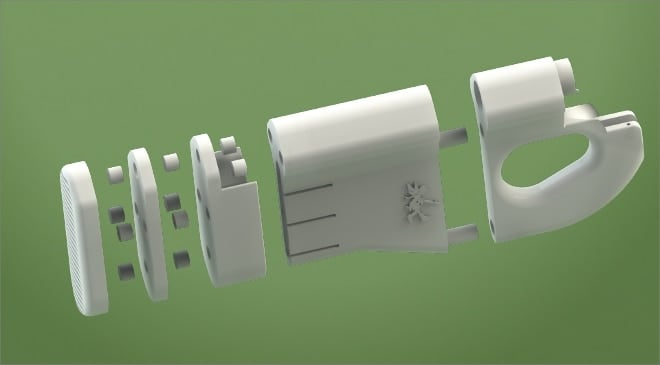 The P-15 gets around scale limitations by being composed of smaller stock parts that are later glued together to make the complete stock. The stock compliments a 3D-printed lower receiver but would work with any standard AR.

Another difference between this stock and most other AR stock designs is that it sports an integrated buffer tube; the stock is the buffer tube, including an extension that passes through a lower receiver’s buffer tower.

It’s a thumbhole stock that connects the pistol grip to the buffer tube. This is a particularly well thought-out design that reinforces the buffer extension, the weakest spot of an AR lower receiver and an especially vulnerable part of a 3D-printed lower. 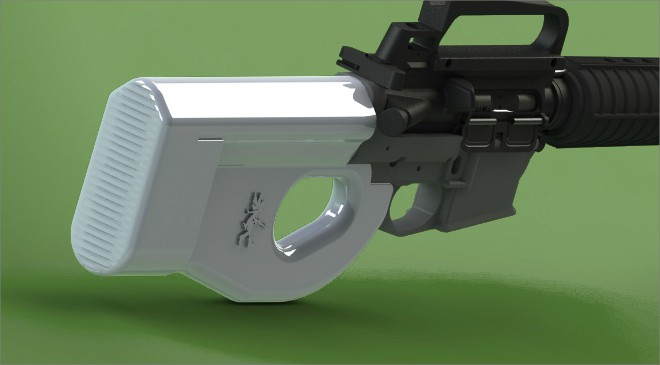 The first DefDist/Wiki Weapon 3D-printed “firearm” was a 3D-printed lower receiver paired with an AR-57 upper receiver. The lower withstood five direct-blowback impacts before breaking apart on the sixth, right at the buffer tower.

Later on, Defense Distributed developed an improved 3D-printed lower receiver that would withstand sustained fire and rigorous use. While this stock is a far cry from a complete rifle, it’s clear that in the future only a small number of manufactured parts will be necessary to complete an AR-15 rifle.

On the one hand, this is just a 3D-printed stock. On the other, however, is something more important. 3D printing has its limitations, material properties that cannot be improved on without a major shift in the underlying technology. This stock accepts those limitation and works around them, highlighting the fact that you can quiet an individual but not the whole 3D printing community.

This technology is freely available and will continue to adapt and improve. If you want to try out the P-15 stock, you can download it at Github. Shanrilivan has stated that a P-15 handguard is also in the works as well as a single-piece P-90-style AR-15 lower receiver/stock unit called the Charon. 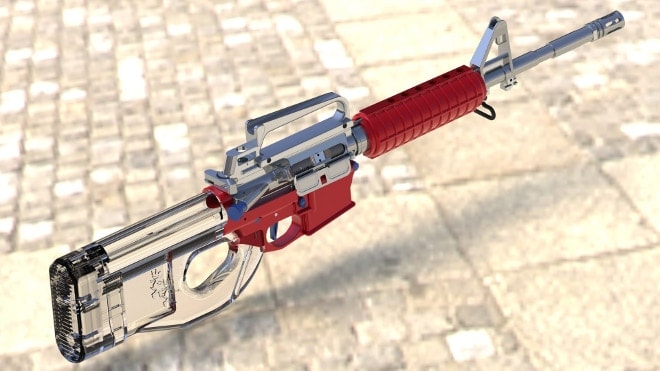